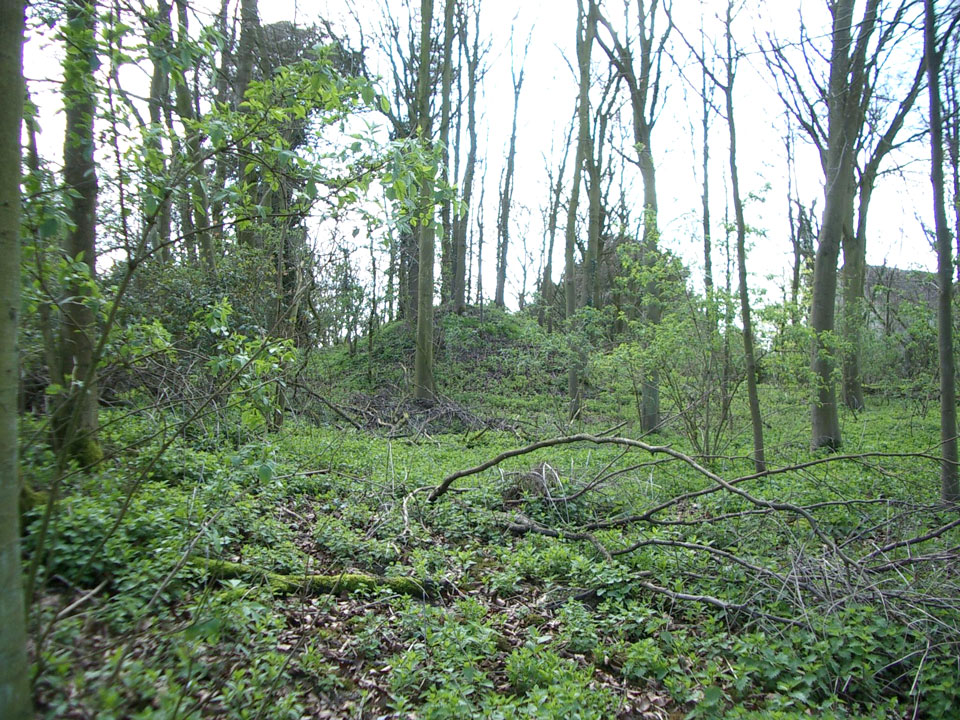 The site is thought to have been in use back to Roman times, but the castle probably dates to the early 12th century. It has the appearance of a Civil War site as the "motte" is formed by steep ditches, 10 to 20 foot deep now, rather than being a raised structure. The motte is rectangular with sides about 150 foot square. No stonework remains, having been removed for the building of part of the church and other buildings. The whole area is very overgrown and is located behind the church.