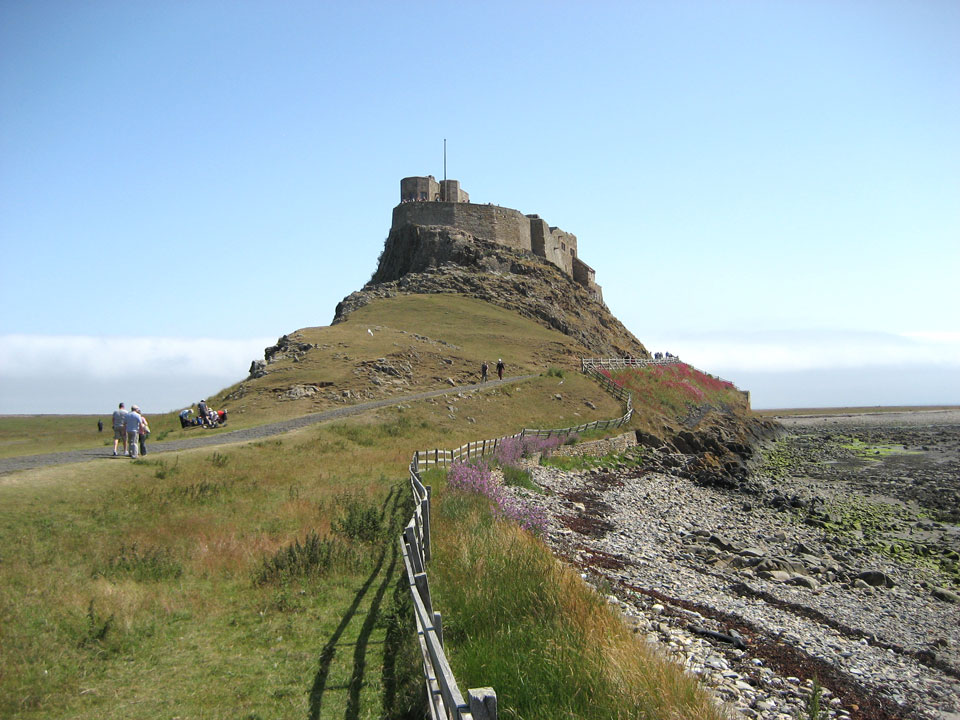 A fortification was first built on Holy Island, on or close to the present site, by Henry VIII as it occupied a key strategic position close to the Scottish border with a useful harbour. The present fort was started on this site in 1570-72 and this is the basis of the "castle" today. It was built from a ready supply of stone available at the newly dissolved monastery, and was modified over the centuries as more and heavier guns were added. Open April - September.

Fort Osbourne is an additional gun battery defence built in 1675 to support the castle.

The building was falling into disrepair in the early 20th century when it was visited by Edward Hudson, the owner of "Country Life" magazine. He commissioned Edwin Lutyens who turned it into a holiday home so Lindisfarne Castle is essentially an Edwardian house in the form of a fantasy, sometimes called a "Gothic", castle. The interior was extensively remodelled by Lutyens, a member of the Arts and Crafts movement, who designed right down to the detail of the door handles. Hudson finally bought the freehold the castle in 1918 but sold it in 1920 to Oswald Falk a stockbroker. A few years later it was sold to Sir Edward de Stein a merchant banker. In 1945 the castle was left to the National Trust and he remained its tenant until he died in 1965. His sister Gladys took over the tenancy until she died in 1968.

The monastery of Lindisfarne was founded by Irish monk Saint Aidan in c. AD 635. Viking raids in 875 led to the monks' fleeing the island but the priory was re-established in Norman times in 1093 as a Benedictine house and continued until the Reformation in 1536 under Henry VIII. The buildings of the priory were not dismantled but by the 1820s the central tower and south aisle had collapsed. English Heritage.