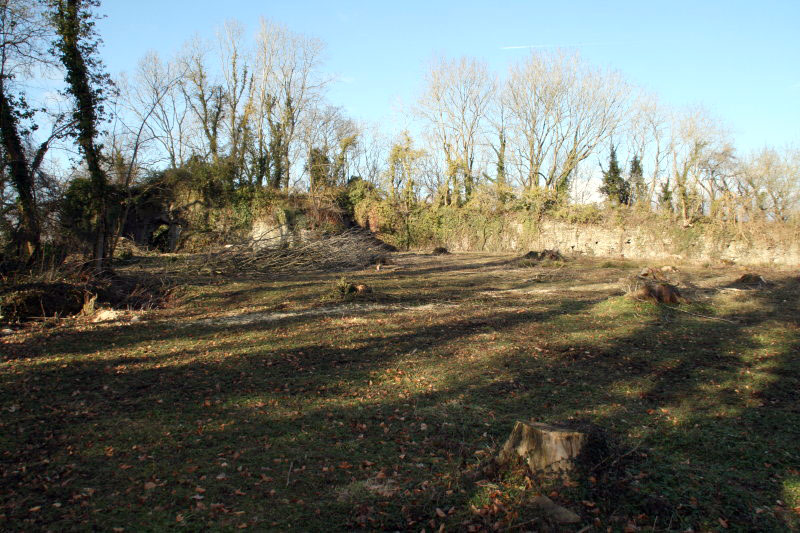 An early 14th century castle, also know as Castell Tregrug or Llangibby Castle, is one of the largest in area in the country being 500 by 250 feet in size. There is a very large gatehouse in the south west corner and a tower house in the north west. Only one other tower remains on the north wall. It was still able to be fortified in the Civil War but it suffered slighting afterwards in 1648. Now in poor condition, it is planned to leave the remains to decay naturally.

Closeby are the remains of an earlier motte which was in existence in the 13th century (final two photos below).