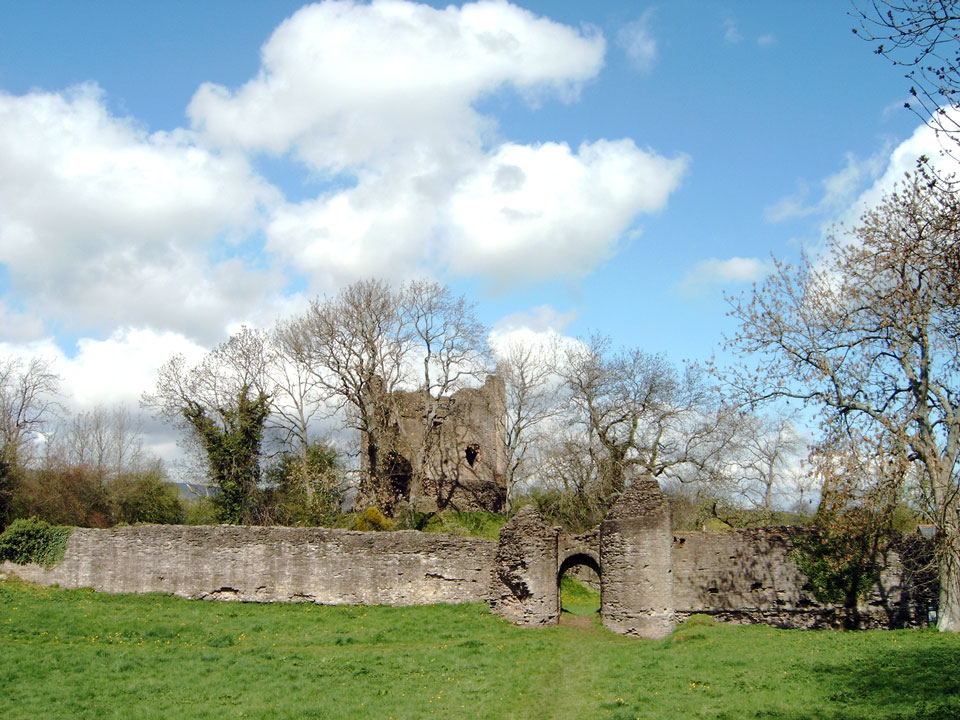 The well preserved ruins of a motte and bailey castle dating from about 1150. The stone cylindrical keep with three buttresses on top of the old motte and the curtain walls were added in the early 13th century. It was used at the start of the Welsh uprising at the beginning of the 15th century, but was then left to decay. 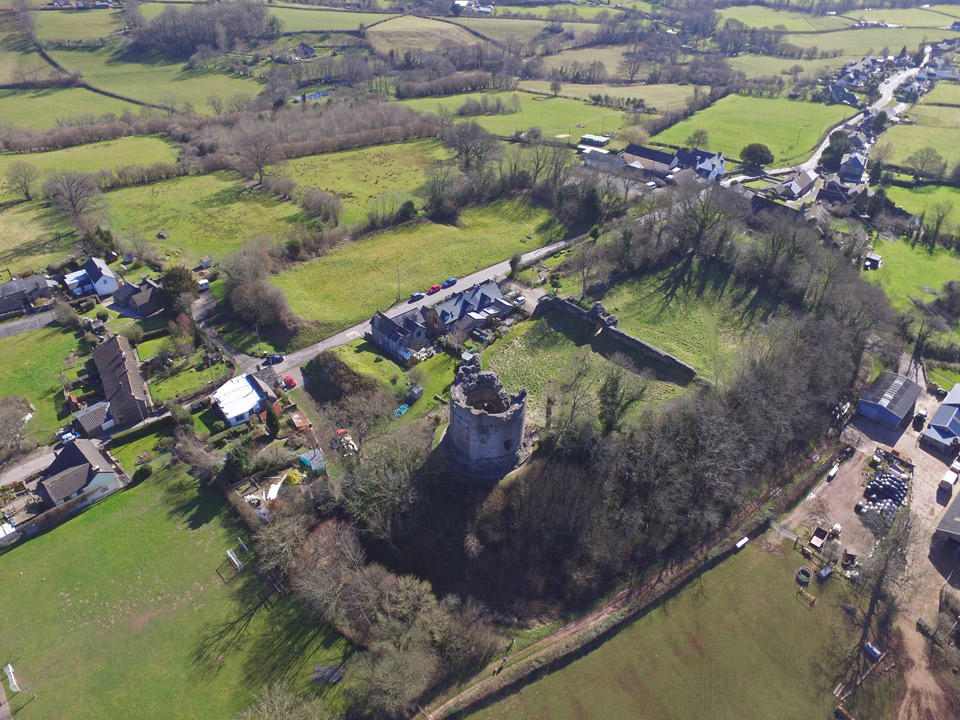