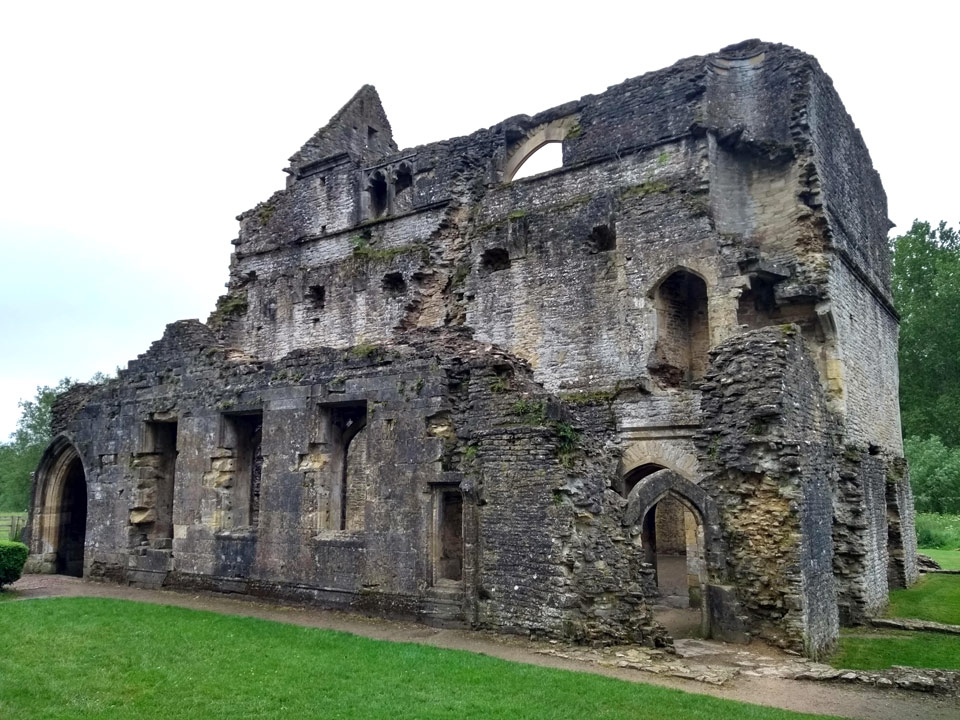 The first manor house on this site dated from the 12th century, but the visible remains here now are from a manor house built in 1435. The four storey tower was added at the end of the 15th century It fell into decay and in 1747 some of the buildings were dismantled and a new house built in Norfolk, but much of the structure remains.