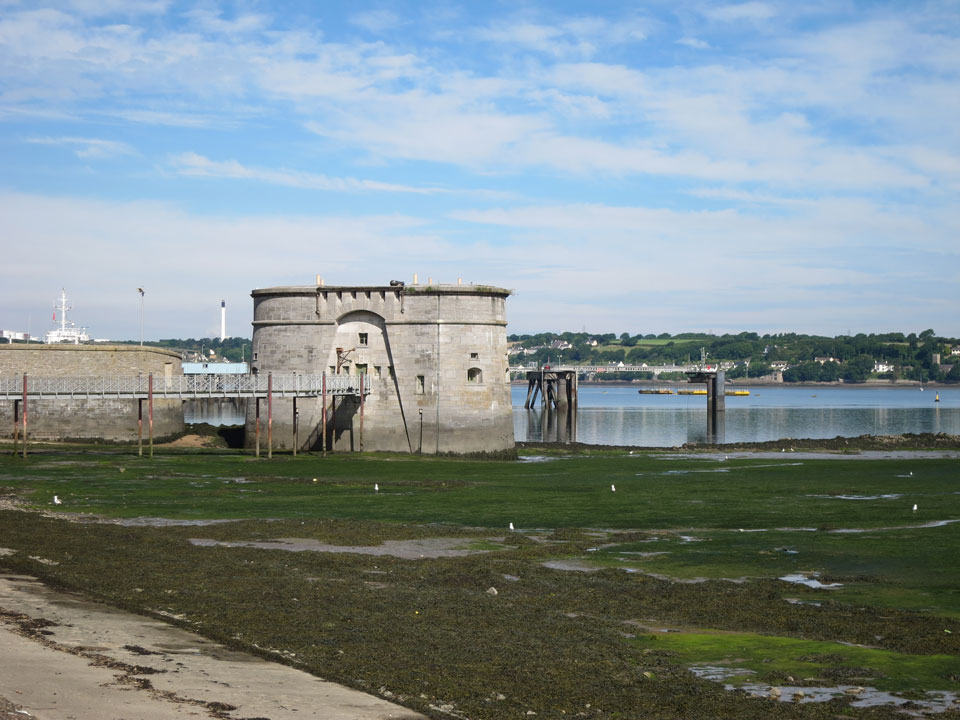 Two martello towers were built between 1848 and 1851 to protect Pembroke Dock. They were only in use until 1881 when they were decommissioned. While they are called martello towers and serve a similar function, they are a different design to those in the south and east of England and were built much later.

The one on the north-eastern corner of the dockyard has been used as the Gun Tower Museum operated by the Pembroke Dock Museum Trust but is closed in 2017 after water damage. The building looks like three towers joined together and is three stories in height with the basement containing the magazine. The ground floor is the main gun battery but on the roof are gun positions for three 32 pounder cannon on traversing carriages.

The other tower is on the western side of the dockyard and is now privately owned. The tower is octagonal with three sides facing into Milford Haven, and is four stories in height with the entrance at first floor level and the magazine in the basement. The first and second floors have embrasures for five guns and a 32 pounder cannon was mounted on the roof.