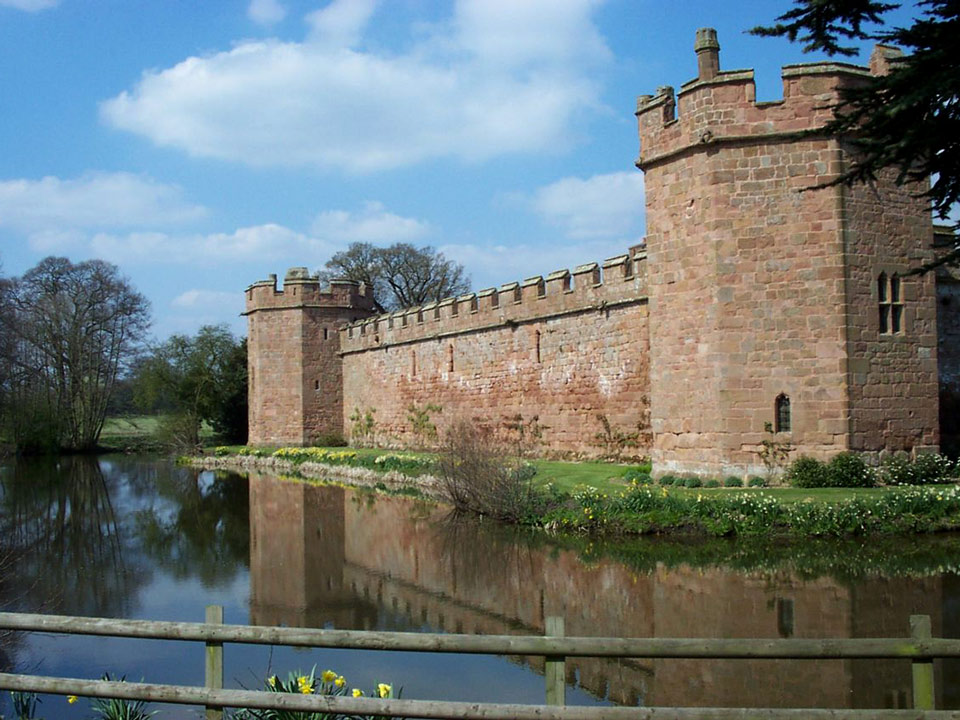 A fortified manor with four octagonal towers, a gatehouse and surrounded by a moat dating from 1346. During the Civil War it was held by Parliament which prevented it from being slighted as occured to many other castles. Over the years it has been updated and has been lived in since it was built.