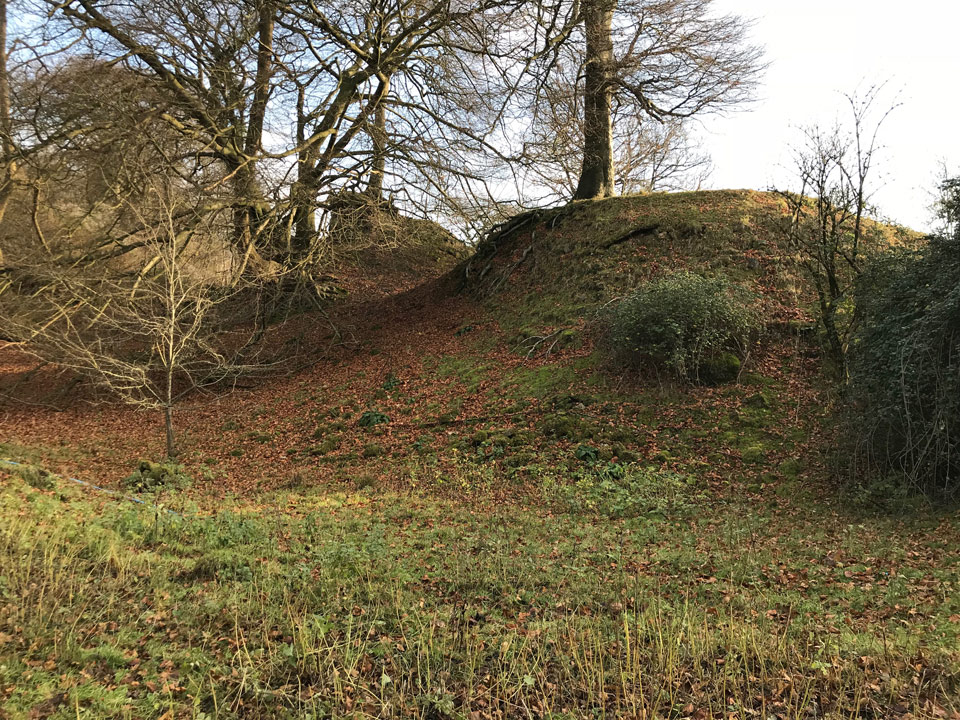 Castell Meredydd, or Machen Castle, is an early 13th century Welsh castle. Originally it consisted of two mottes, one with a round tower on the top. It was captured in 1236 by the Engish when the outer defences of a curtain wall and ditch were added. The castle was returned to the Welsh under a truce until it was captured again for the de Clares in 1270. Only earthworks and a part of the round tower now remain.

Private, but visible from a footpath.