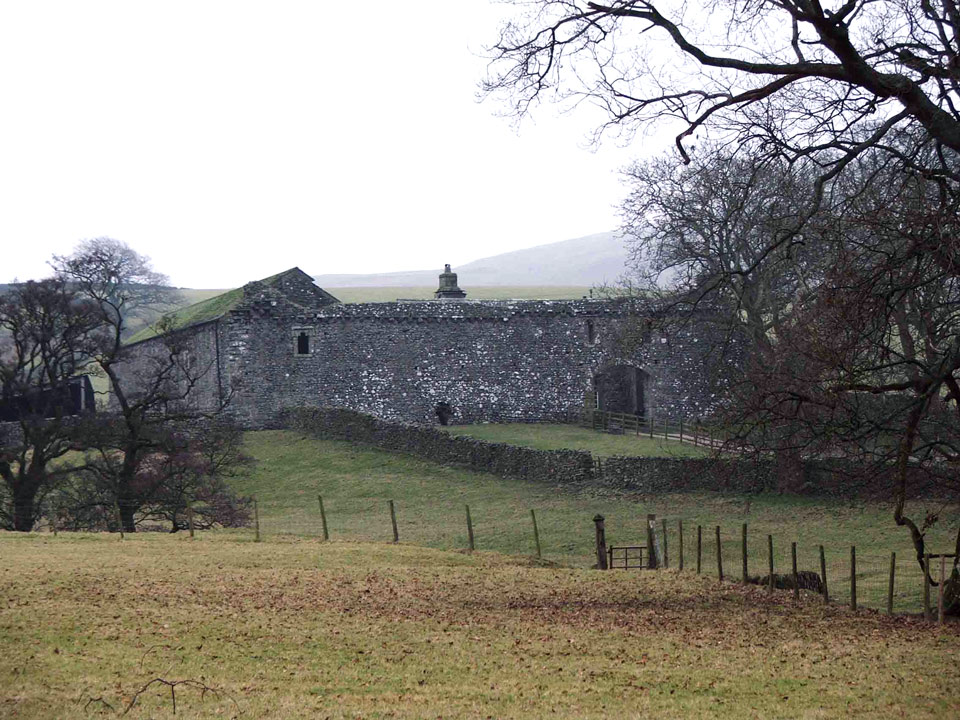 It is a late 14th century tower house, extended between the 15th to 19th centuries but now mainly destroyed. It had an impressive 15th century curtain wall which still remains. The courtyard contains a 16th century stable block, and is fronted by a largely 16th century gatehouse.

It is now a farm, Private