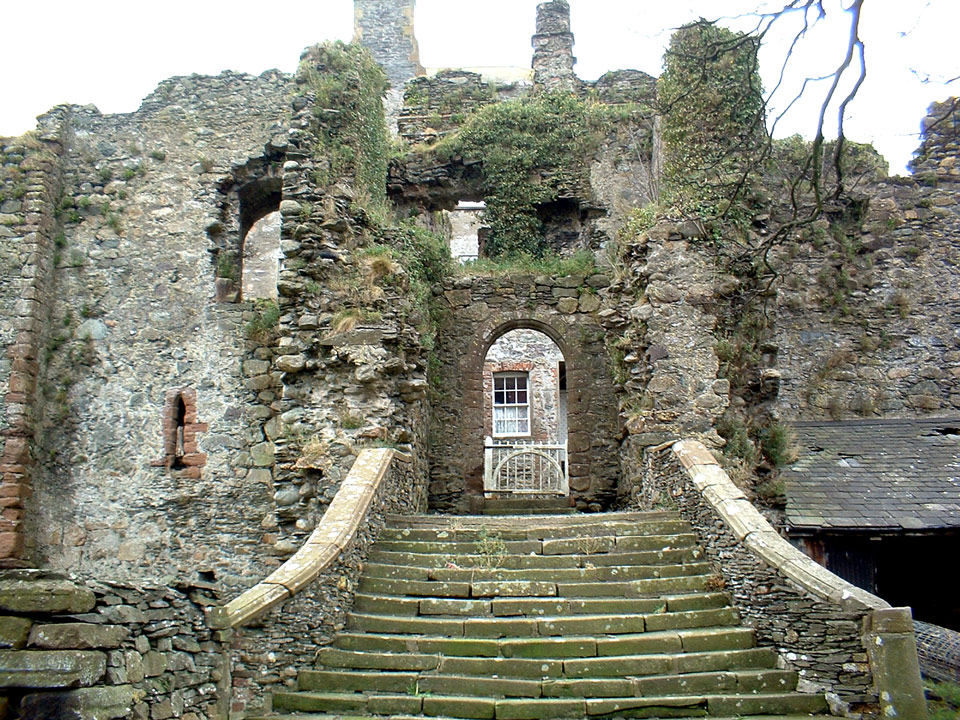 A small rectangular castle built after a licence to crenellate was granted by Edward III in 1335. It is sited on an earlier motte with the buildings built against the walls. In the 15th century a tower was built inside the walls (now a house). The castle appears to have suffered significant damage by attacking Lancastrian forces in around 1460. In 1644 during the Civil War it was captured and later slighted by Parliamentarian forces. Repairs were made in 1670, but the castle was in ruin again by 1739.

Private, but a footpath runs nearby.