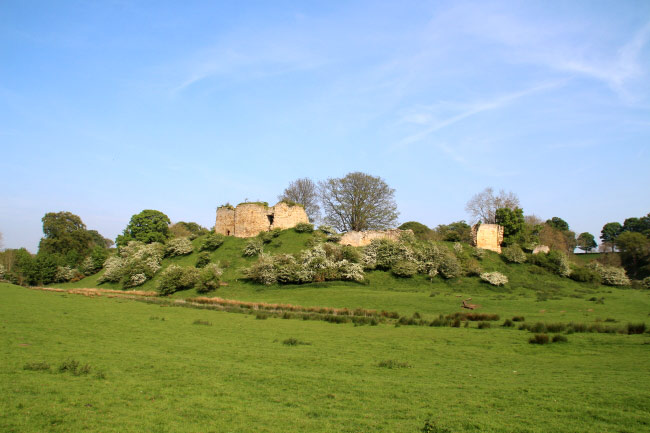 An early Norman motte dating from the end of the 11th century near the River Wansbeck. In the mid 12th century stone walls were added, but the castle was destroyed in 1215. A second castle was built in the bailey a few years later with an unusual five sided keep and it is this structure which is now in ruins. It was damaged during a siege in the Civil War.