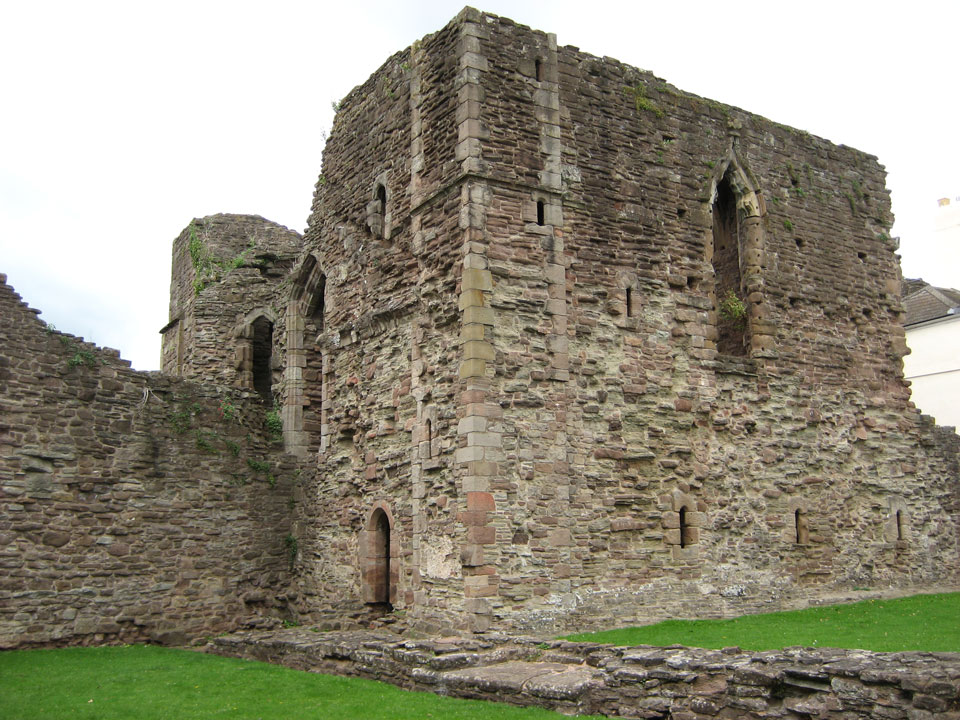 It was built on a hill in the 11th century to protect the crossings of the Rivers Monnow and Wye. The oldest part remaining is the 12th century hall keep, though this was superceded by a new hall in 1370. Following the slighting in the Civil War the castle was abandoned and a new residence, Great Castle House, was built next to the ruins. The house is still used by the Royal Engineers and contains a military museum.

Open May to September.