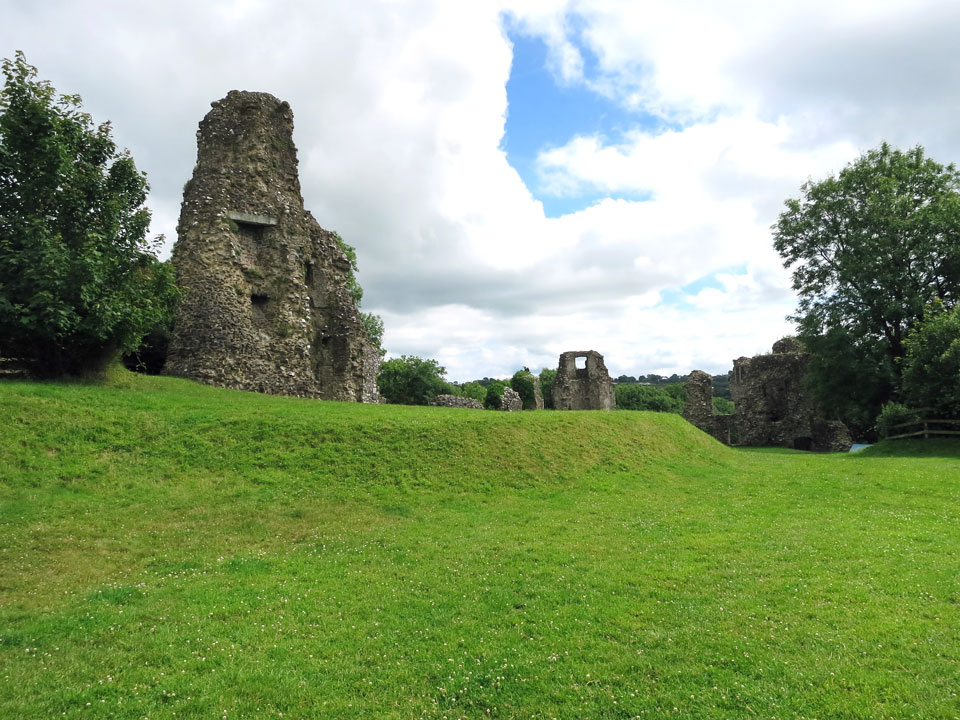 Narberth Castle was a wooden motte and bailey that was destroyed by the Welsh in 1116, 1215 and 1220. The stone castle was started in the early 13th century but was captured by the Welsh in 1257 and destroyed. The oldest part is the keep which forms the north east tower. In the 1280's it was rebuilt and extended by Roger Mortimer when the other four towers were added. It was abandoned by the end of the 17th century and much of the stone was removed but the vaulted cellar under the great hall is still intact. At the end of the 20th century it was completely derelict and overgrown but the ruins have now been renovated and were opened to the public in 2006.