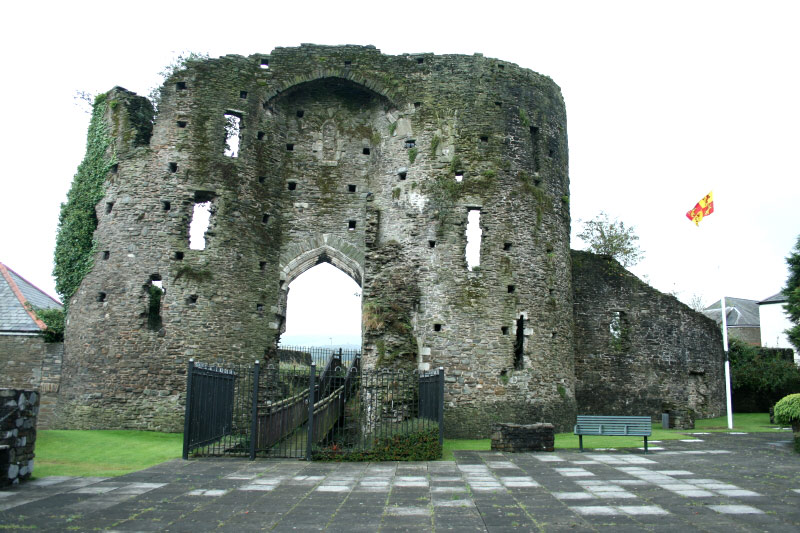 The first earthworks built in 1130 have now vanished. Its replacement was a motte & bailey which was strengthened in stone in the early 13th century. It was refortified in 1324 after it had been captured and badly damaged by the Welsh in 1321. It was in use until the 16th century, but is now ruined, only the gatehouse still stands close to its original height.