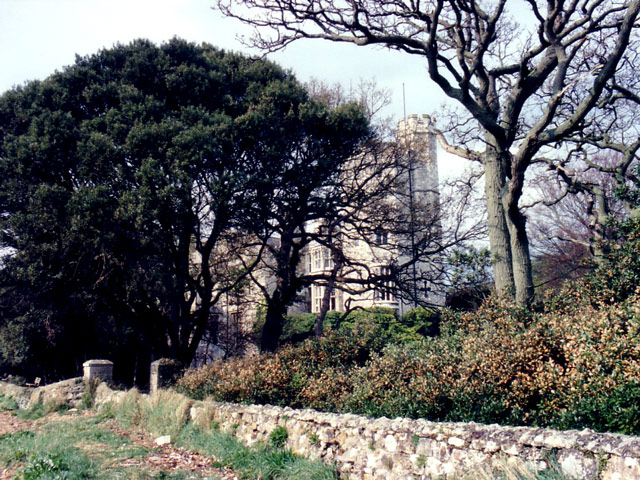 Netley Castle was built as a coastal fort in 1544 and was used until 1627. It was slighted in the Civil War and its remains were then converted in 1857 into a house (see photo). Private, but visible from the beach.

The beautiful ruins of 13th century Netley Abbey are about 800 yards up the road towards Netley. It was founded in 1239 by monks from Beaulieu and later converted in 1536 into a private house before being abandoned. English Heritage, open all year.

St Andrews Castle was built in 1543 closeby but it was completely destroyed in 1642 during the Civil War. It is not certain where it was sited, but it is thought the remains are now underwater.