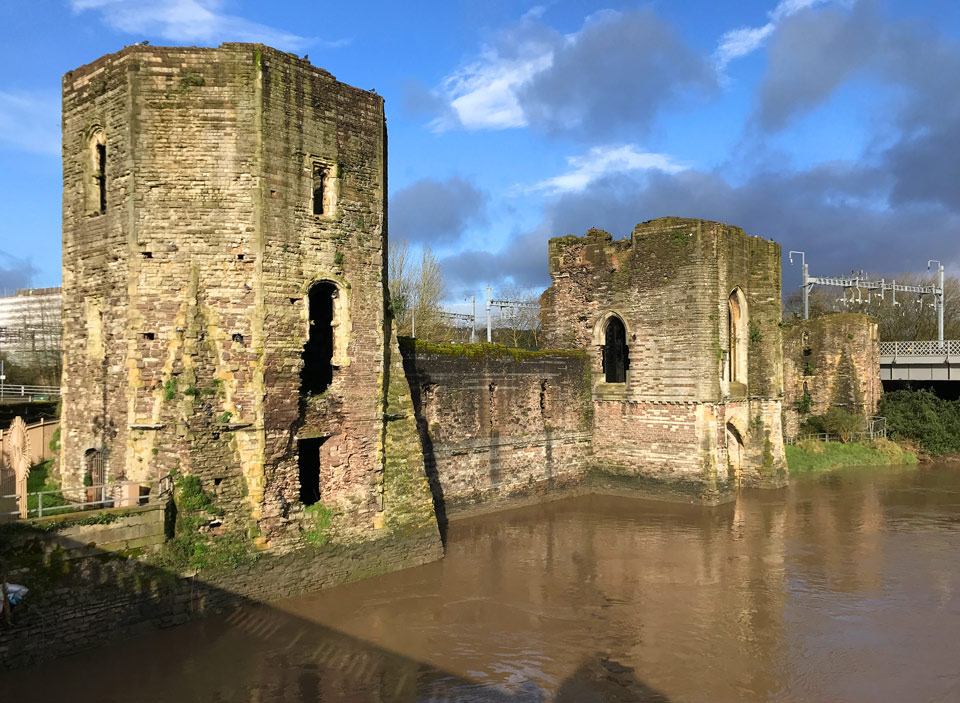 The first castle was started in 1100 and both it and its successor were destroyed by the Welsh. The walls and three towers that comprised the east wing of the castle still stand on the bank of the River Usk and are mainly from the 14th and 15th century rebuilding of the third, 13th century castle. The centre tower is the gatehouse and originally at high tide small boats could enter the castle through the gatehouse. The castle was in ruins by the 17th century and motte and the rest of the bailey have been built over.