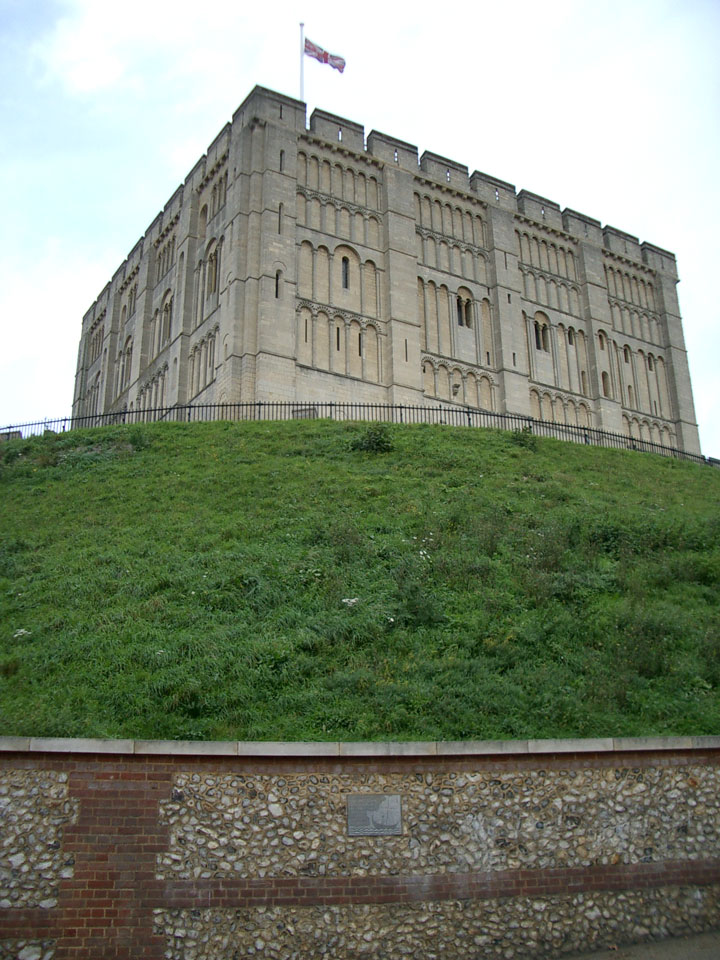 Work started on the largest motte in England in 1067 and in c.1125 the great 70 foot high stone keep was added. During the 14th century it was used as a prison and allowed to decay until it was refortified during the Civil War. The keep was refaced in the 19th century. It is now used as a museum of fine art, archaeology, and natural history.

On the bank of the river nearby is Cow Tower, once a toll house but converted in 1398 into an artillery tower which became one of a number of towers used as part of the Norwich defences. It stands 50 feet high and unusually is faced with bricks.

The city was protected by a wall which was constructed between 1337 and 1344, part of which still stands.