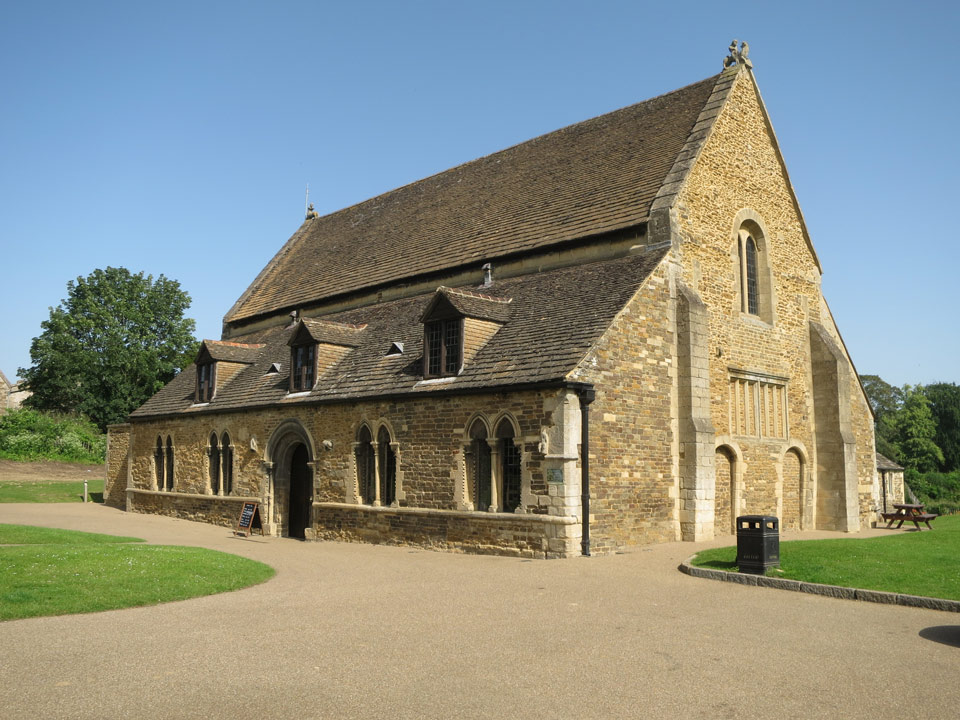 The first fortification was a motte and bailey castle surrounded by a 30 feet wide ditch that was started in c.1075 and may have been built on an earlier Saxon burgh. The earth banks around the bailey are all that is left of the 13th century stone curtain wall apart from a section above the Burley Road car park. The curtain wall originally had a least two D-shaped towers. The Great Hall dates from 1180 and it was used as a courtroom until 1970. It has survived so well as it was fully restored in the 17th century when the whole site had fallen into ruins.

Open to the public apart from Tuesdays but occasionally weddings are held there.