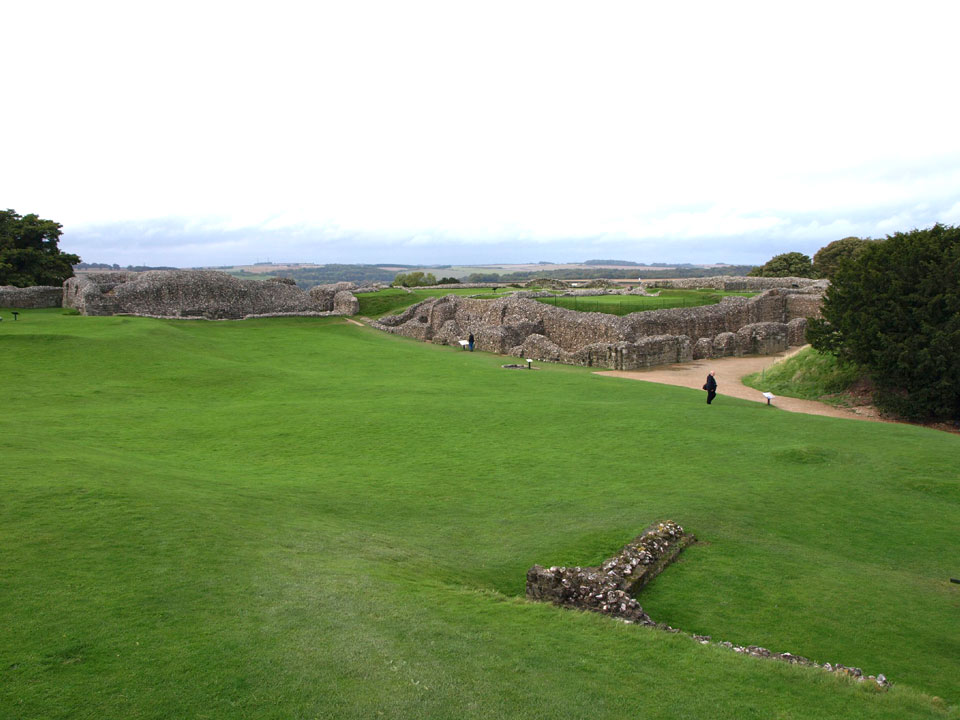 The original iron age fort was strengthened and enlarged with a large circular earthwork in the centre in 1070. A wooden keep was built which was reconstructed in stone to a height of 60 feet at the start of the 12th century. A Royal Palace and the curtain wall were added about 1130.A Cathedral church was built in 1092 and extended in the early 12th century and its outline is still visible, the cathedral having been demolished and rebuilt in Salisbury nearby. The site was abandoned mainly due to a its poor water supply and it was in decay by the mid 15th century. Permission was granted in 1514 for the remaining stone to be removed. 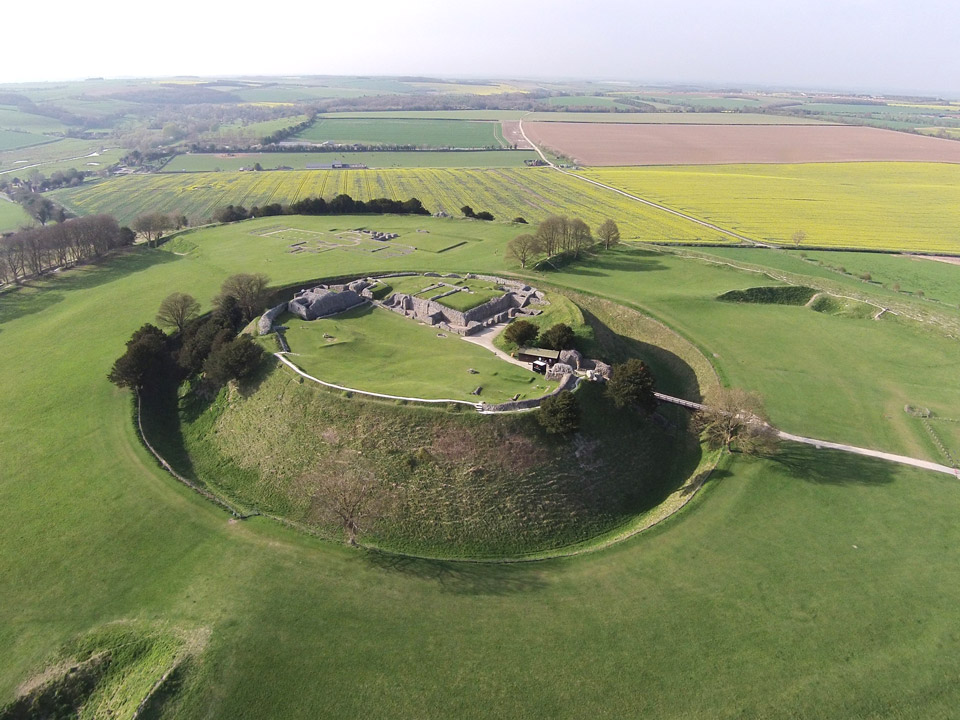