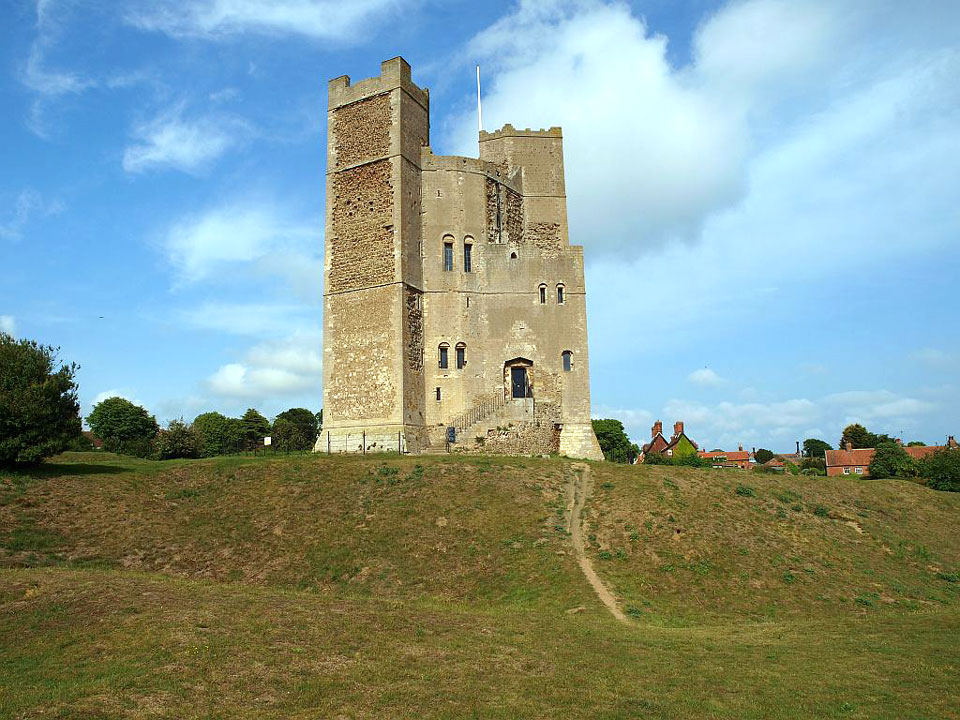 It was constructed between 1165 and 1173 by the King Henry 11 to counter the castles of the Earl of Norfolk at Framlingham, Bungay, Walton and Thetford. Orford was once an important harbour although the river has now silted up. There is a unique 90 feet high polygonal (21 sided) keep with a circular interior. The bailey curtain walls and the (probably) six towers plus a gateway have fallen down or been removed over the centuries, the last section having collapsed in 1841, but the magnificent keep is well preserved. The owner in the early 19th century planned to demolish it for its stone, but was persuaded by the Government to let it remain.