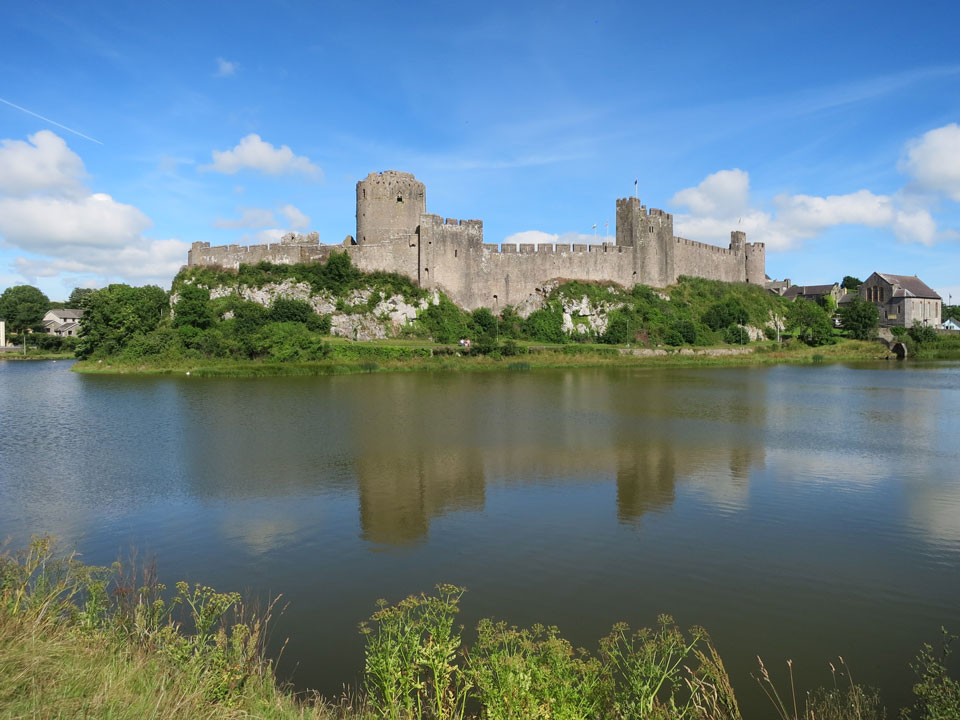 The first defence was a timber castle built in 1093 by Roger de Montgomery on a rocky outcrop and surrounded on three sides by water. The round 75 feet high keep, the outer walls and the towers were constructed in stone between 1190 and 1245 by William Marshall. The castle and parts of the town walls were slighted after being captured in 1648 during the Civil War but by then the castle was already in poor condition. In the 1880s the site was repaired and then in the 1920's the walls and towers damaged in the Civil War were almost completely rebuilt. On the north side of the castle at water level is Wogan's Cavern. This was originally used as a shelter since the iron age, but it was then connected to the castle by stairs in order to be able to unload provisions brought in by sea.

At the same time as the castle was being rebuilt in stone in the 13th century, the town was protected by a defensive wall with six towers and three gatehouses. Two towers remain on the south side along with the strongest tower, Barnard's Tower, on the north-east corner, but the three gates have all been dismantled. Parts of the wall remain along the south side and by the middle millpond. 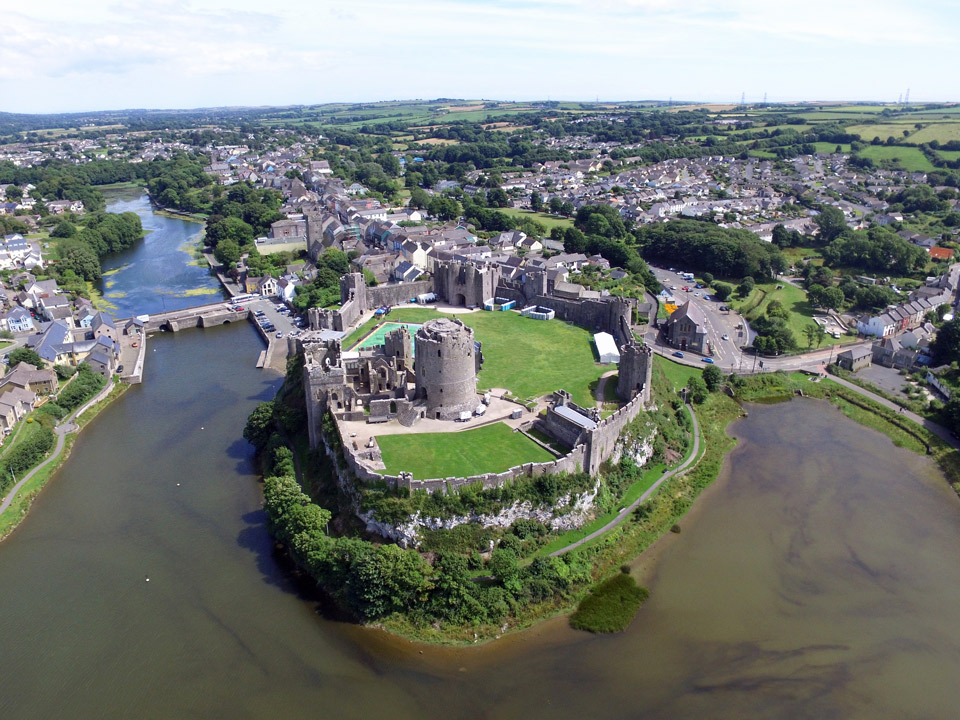 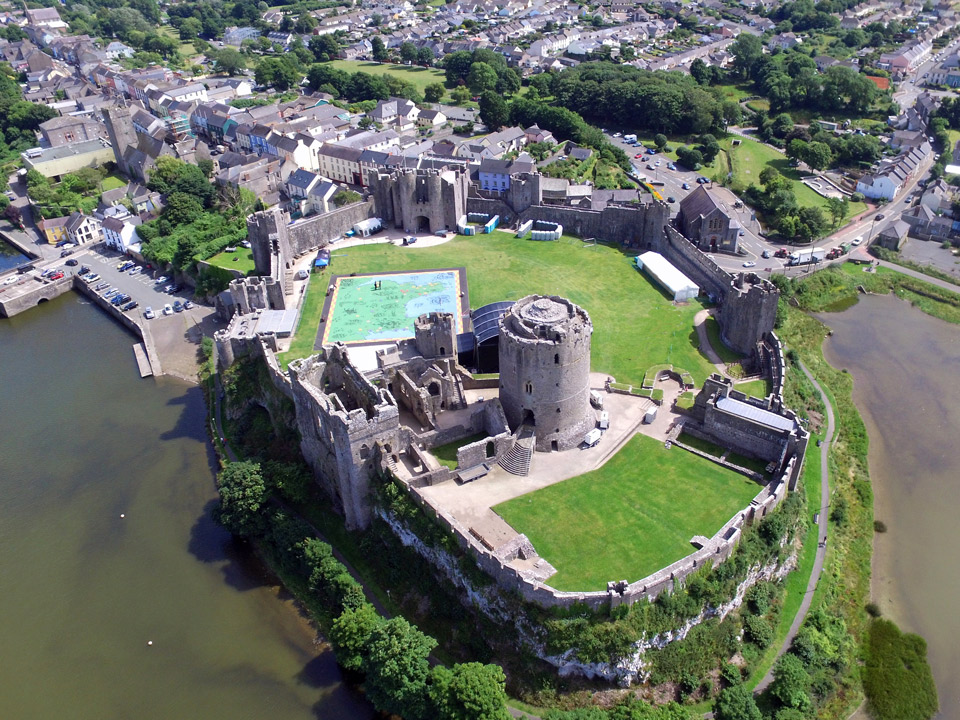 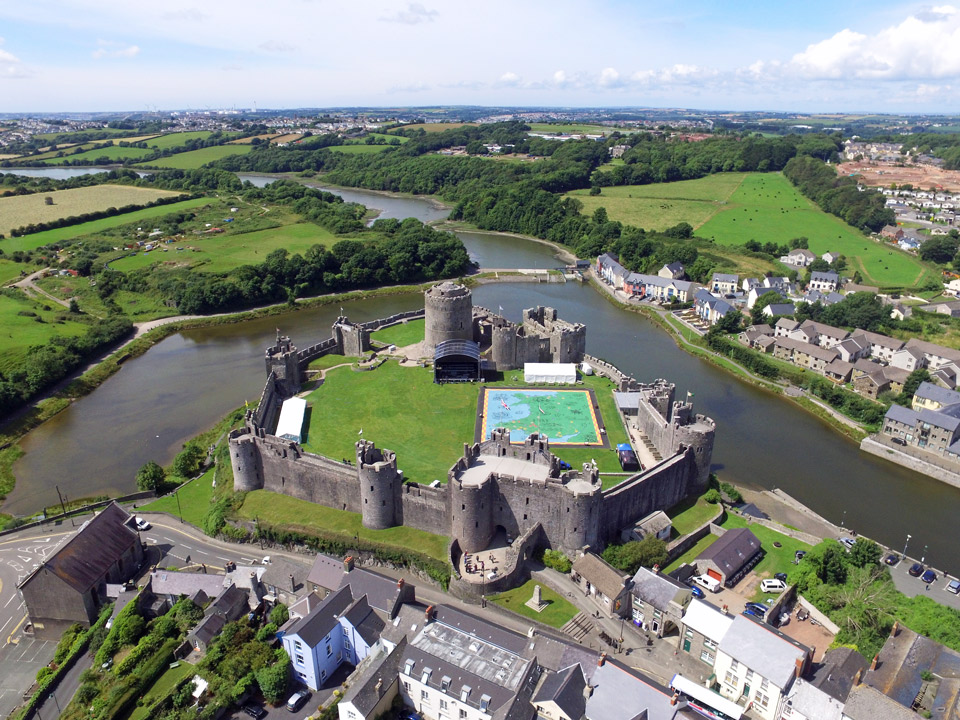