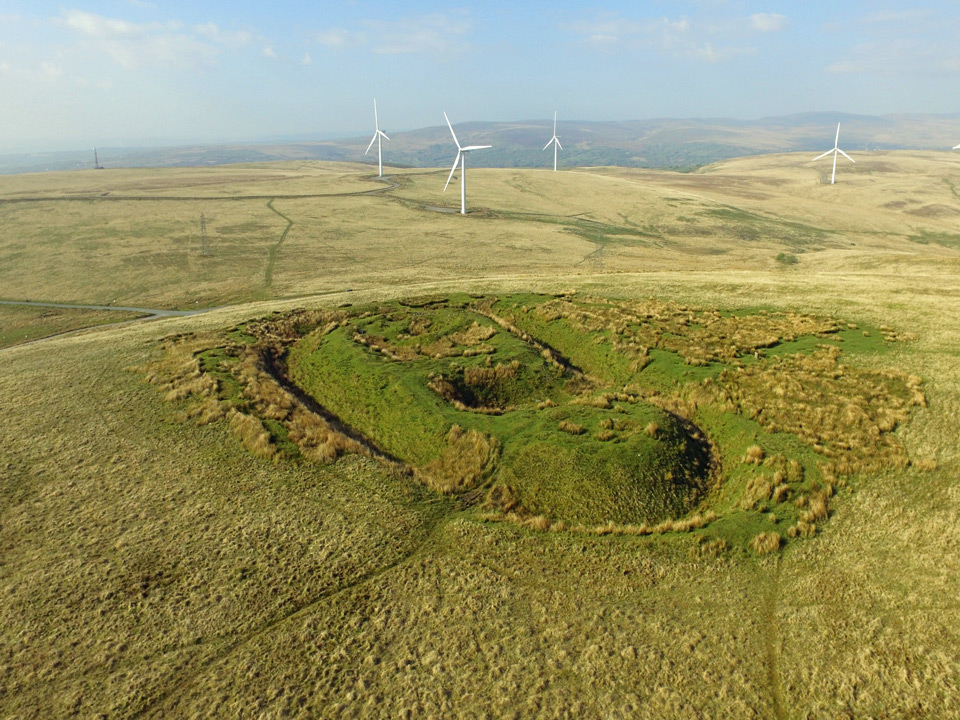 This motte and bailey castle was probably built by the Lord of Gower, William de Braose, in 1252 on the summit of the highest point in Gower to protect his estates from the Welsh. The earthworks consist of a mound, over 100 feet long and divided by a broad ditch, and the whole site is surrounded by a deep v-shaped ditch. There are traces of at least three dry stone structures on the top of the mound, including a tower at each end. It is likely it was only used as a temporary fortification until the end of the 13th century. 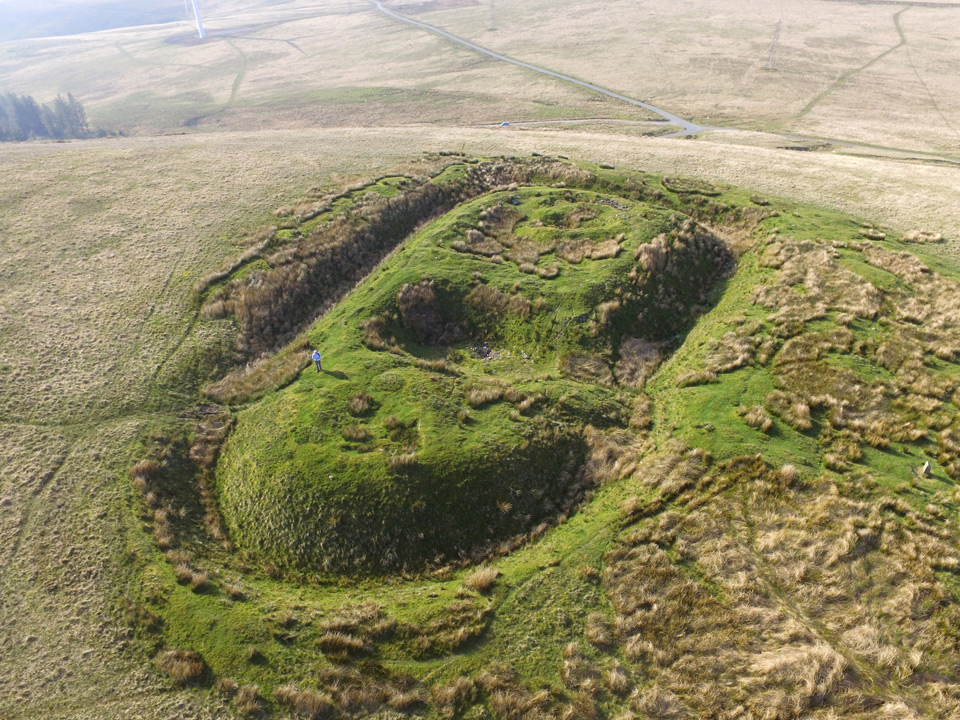 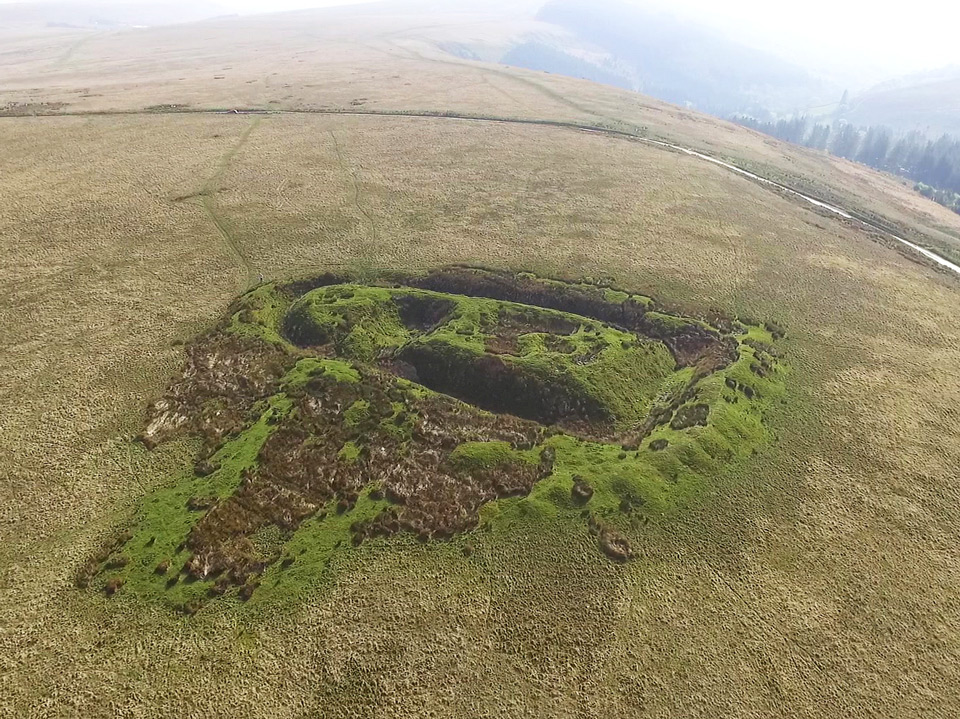