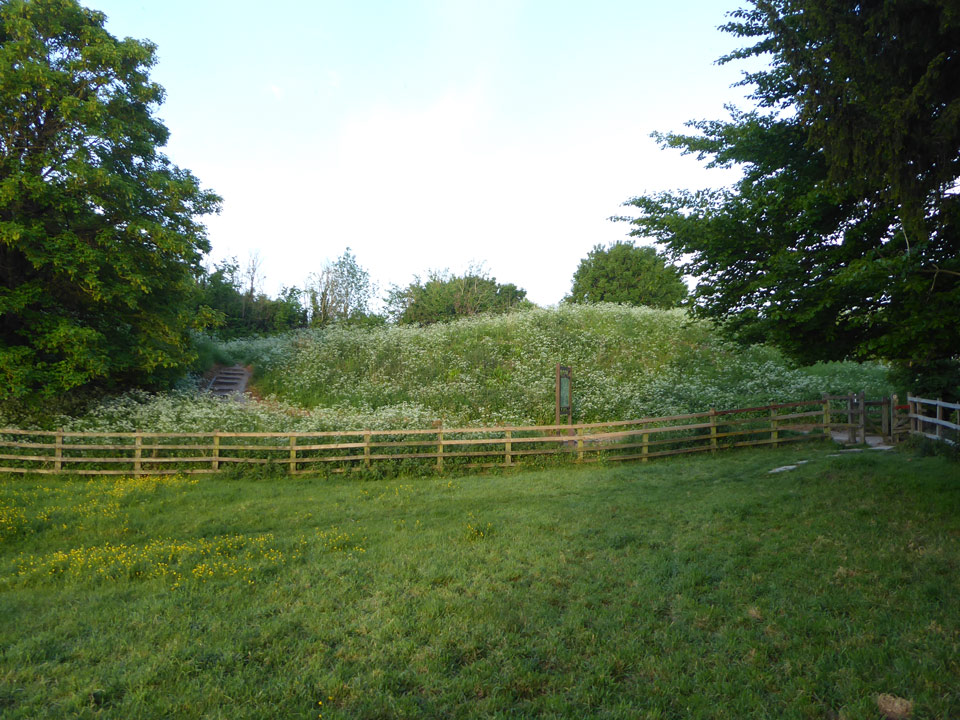 Pirton is one of the most important historic sites in Hertfordshire with its well-preserved village and castle earthworks. The earthworks of the castle motte called Toot Hill remain, surrrounded by the earthworks of the castle baileys. The oval motte is about 300 feet x 200 feet in diameter, and it stands about 25 feet high above the bottom of the surrounding ditch in the north-west corner of the enclosure and probably dates from the early 12th century alongside the church of St Mary. It may have been dismantled by Henry II as an adulterine or unlicensed castle