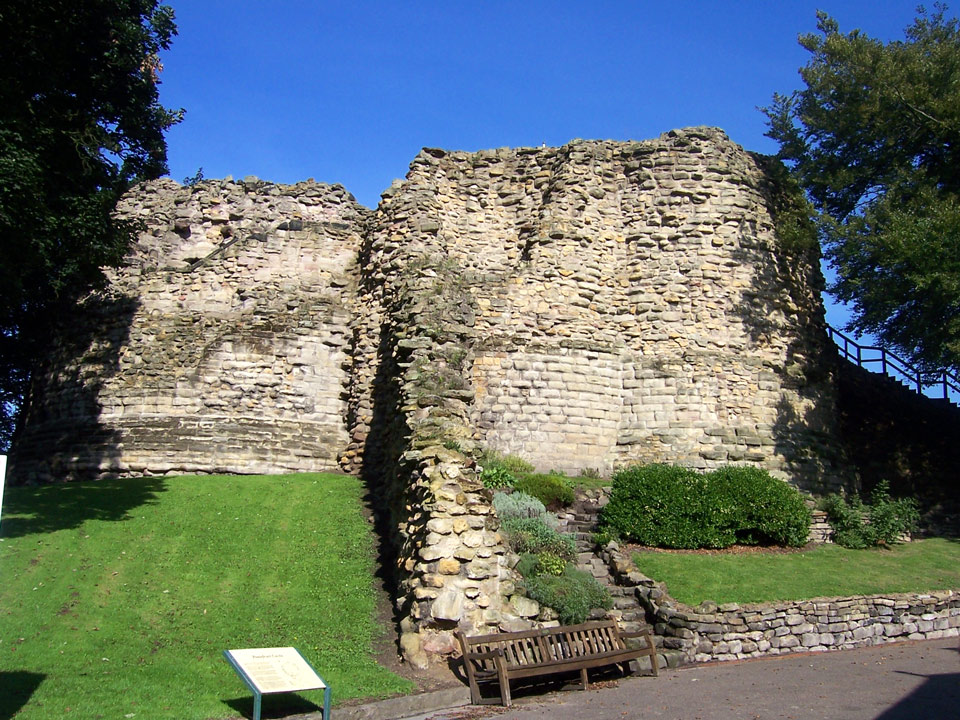 A Norman motte & bailey dating from 1072, built on a rocky outcrop. The stone curtain walls and towers were added in the 1170's and the three storey stone shell keep a few years later. By the beginning of the 15th century it had become a royal castles and had been strengthened with the addition of 7 new towers, one set outside the walls. This made it one of the strongest castles in the north of England. It was besieged three times during the Civil War and having withstood the first siege in 1644 it had to surrender to Parliament after the second siege in 1645. It was retaken for the King in 1648 but the defenders were starved out in 1649 after a 5 month siege and afterwards it was demolished by Parliament. Only the lower parts of the towers, keep and walls remain. During the 18th century the site was used for farming, but it was then landscaped into a romantic ruin with gardens in 1880.

Managed by Wakefield Council, it is open all year.