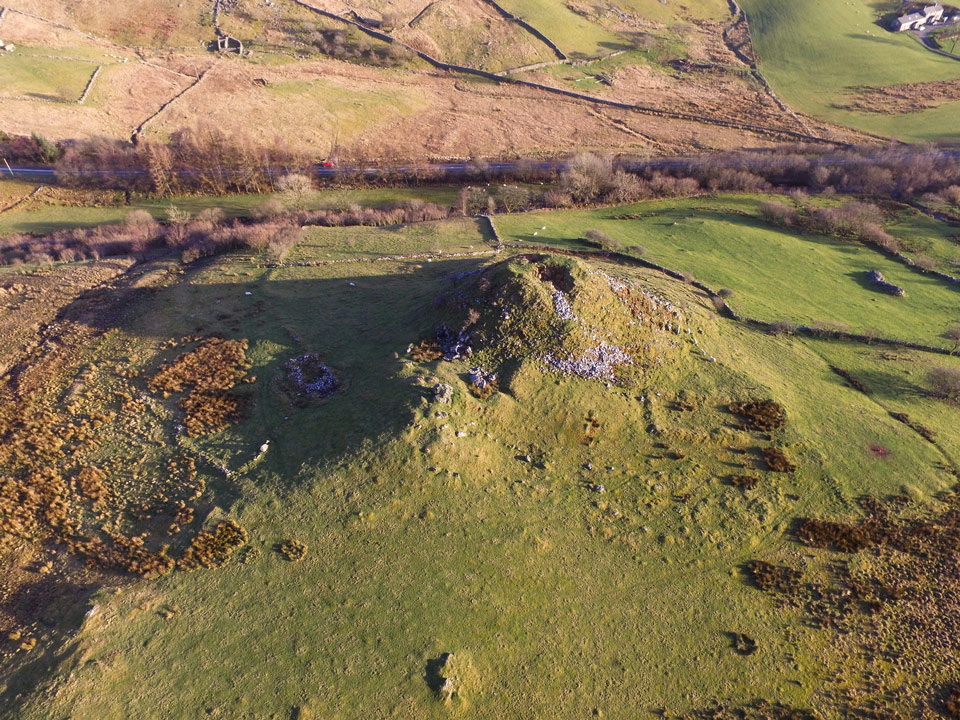 A badly ruined Welsh motte and bailey castle which was in existence in the mid 13th Century although it may date from the late 12th century. It lies high above the Prysor valley and the river Afon Prysor controlling the route from Bala to Tremadog. The top of the motte stands some 30 feet above the level of the bailey, and is 40 feet in diameter. There was once a stone round tower which still stood until the 18th Century. On private land. 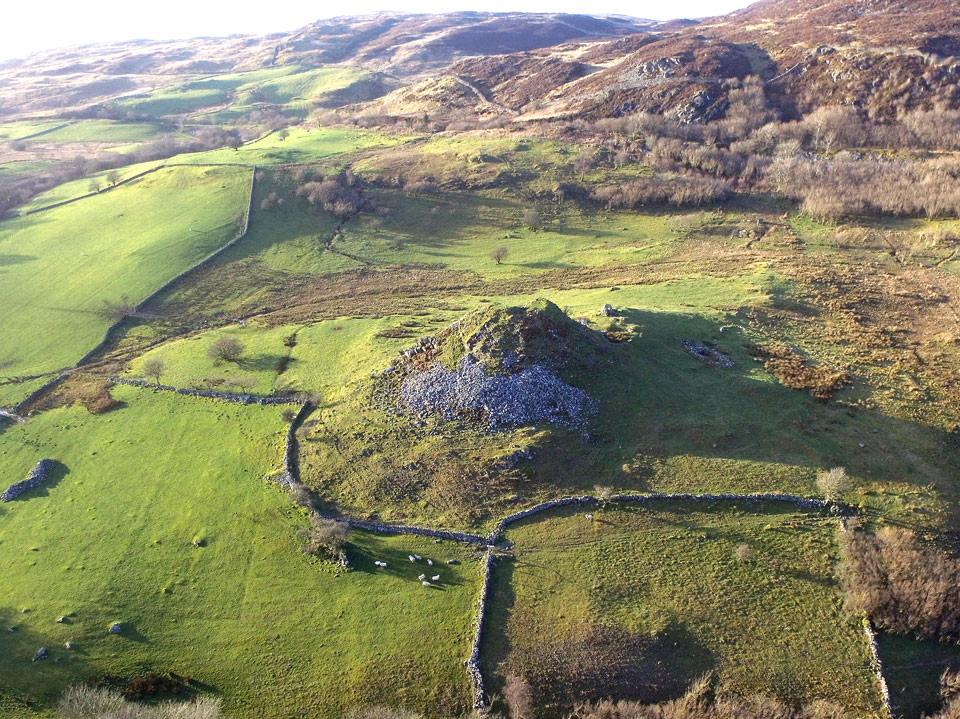