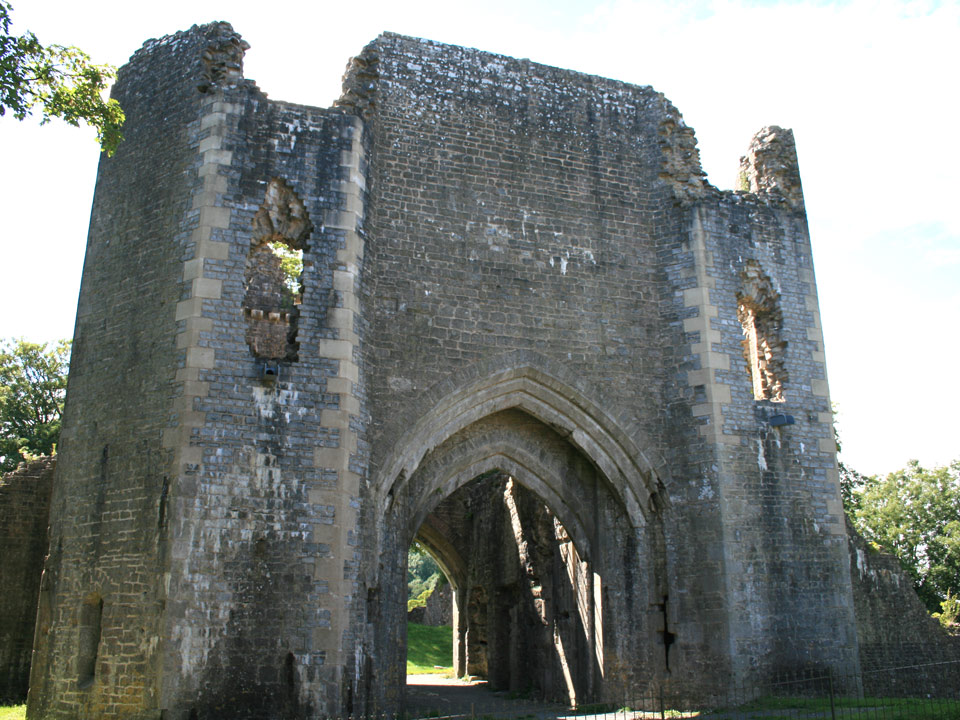 Originating from the early 12th century, the visible structure is from the early 14th century, on a site overlooking the River Thaw. There are remains of a stone curtain wall with a massive twin towered gatehouse, a corner tower and a totally ruined rectangular keep in the centre. The gatehouse was used as a prison in the 16th century, but it was in ruins by the 18th century.