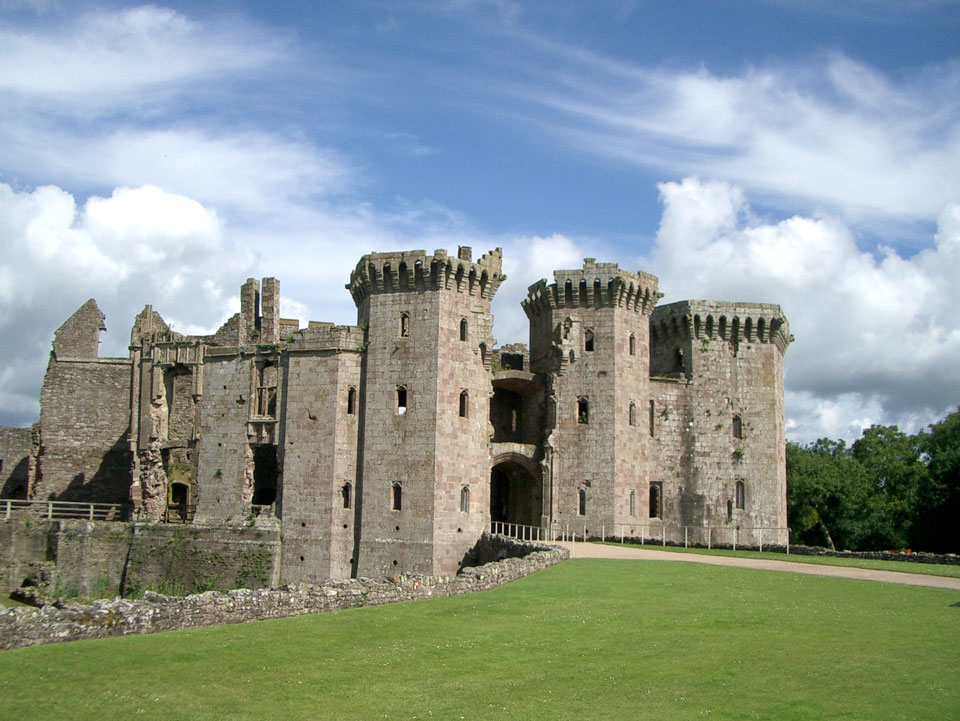 Building of Raglan started very late, not until 1435, on the site of a manor house. It consisted of a tall, five storey, six sided keep surrounded by a moat. It was connected to the residential buidings by a wooden drawbridge. Most of the main castle was completed by 1470, but extensive alterations were carried out in the 16th century. The castle was damaged during the Civil War and afterwards was slighted, the keep being reduced in height and two of its walls demolished. It was then abandoned though some repairs were carried out in the 18th century.