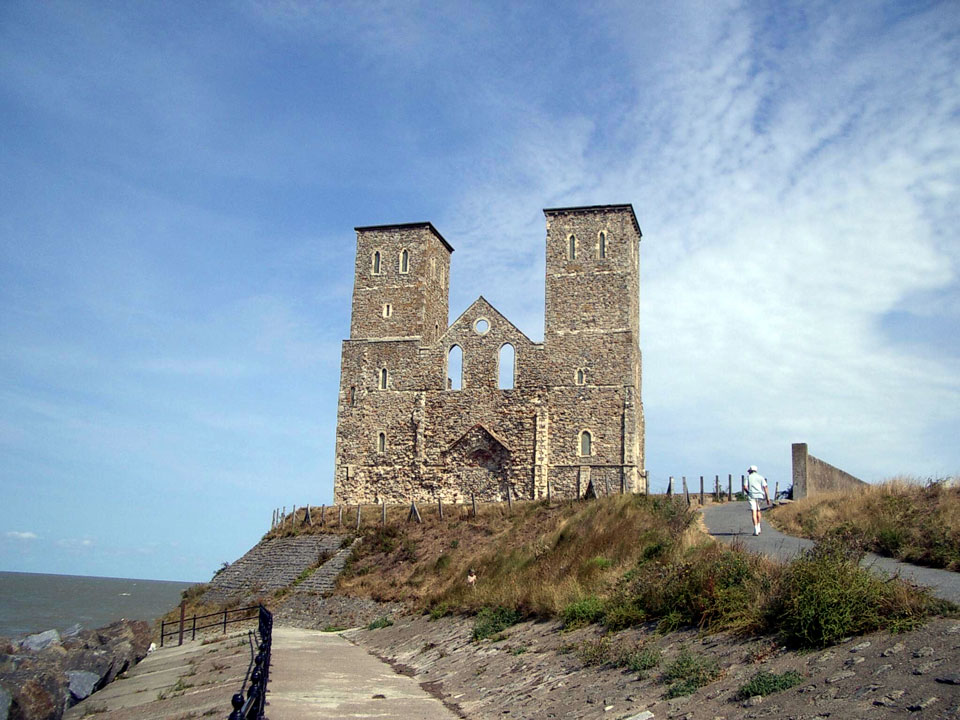 A 1st century Roman fort (Regulbium) on the northern end of the Wantsum Channel which was enlarged in about the year AD210 when the other major coastal forts were built to form a line of Saxon Shore forts along the south east of the country. Parts of the outer wall of the fort remain on the south and east sides although the northern half disappeared into the sea around 300 years ago. When the fort was built it was three quarters of a mile from the coast but erosion has left it on the seashore now. The church inside the walls was started in AD669 and was extended in the 12th century when the two towers were added. Most of it was demolished in 1809 to build a new church nearby, apart from the famous towers which were kept as a navigation aid for shipping.