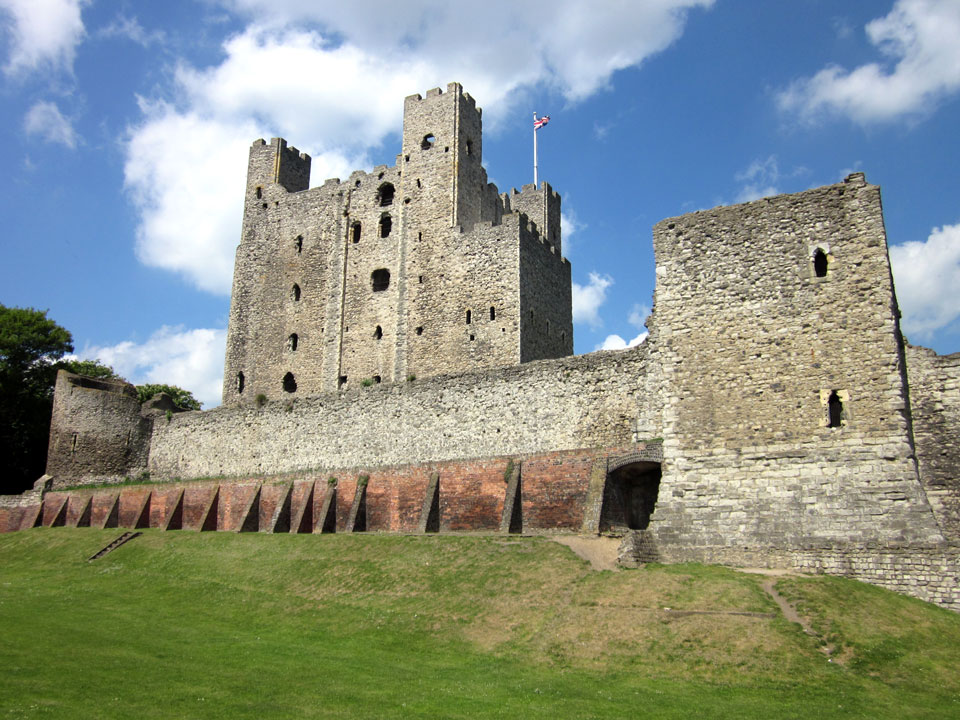 The Norman castle was started in 1080 on the site of a temporary Roman fort, Durobrivae. This became the town of Rochester once Kent had been quickly occupied, protected initially by a turf wall in the 2nd century. The castle was given to the Archbishop of Canterbury in 1127 who built the keep, the tallest in England at 113 feet high and with 12 feet thick walls. After three sieges in the 13th century and the removal of some of its stone it was neglected and damaged but it was finally repaired in 1370-80. It was allowed to decay after the 15th century until 1883 when it was opened to the public.

A stronger stone city wall was built to protect Rochester and the crossing at the River Medway by the Roman army in the 3rd century. It was rebuilt in the late 14th century and part of the southern and eastern walls along with a corner bastion still stand. 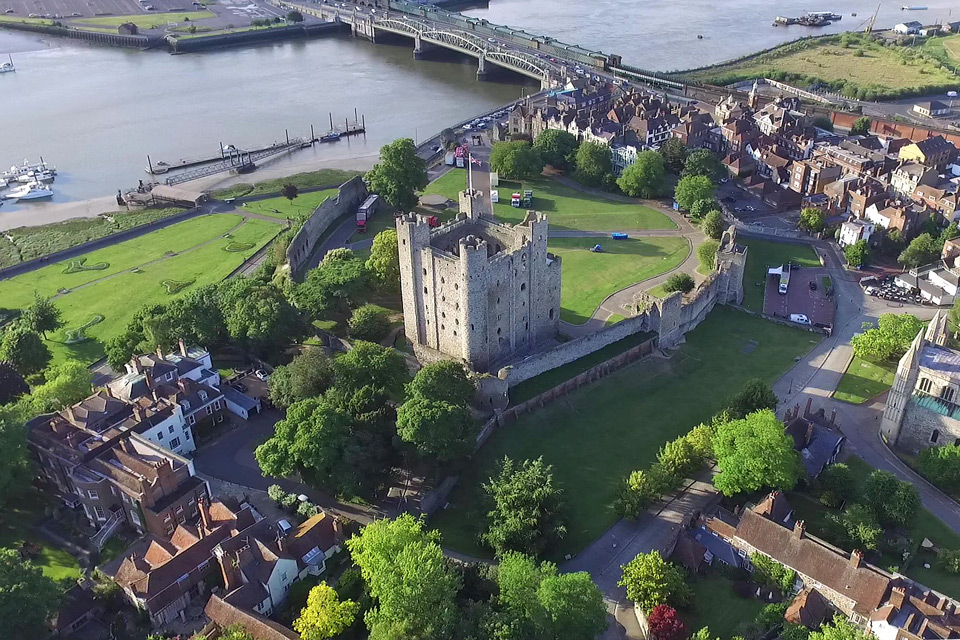 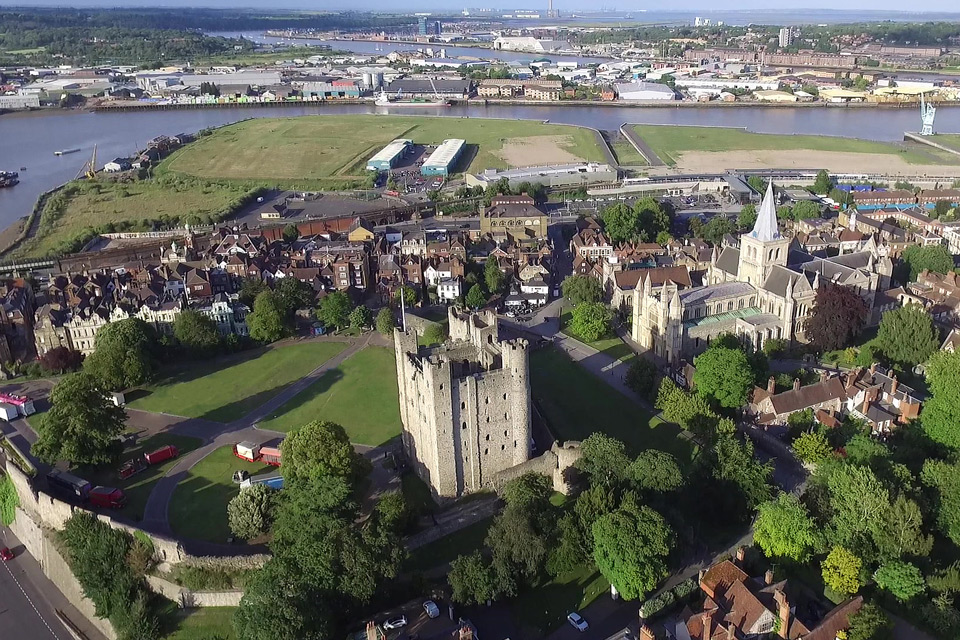