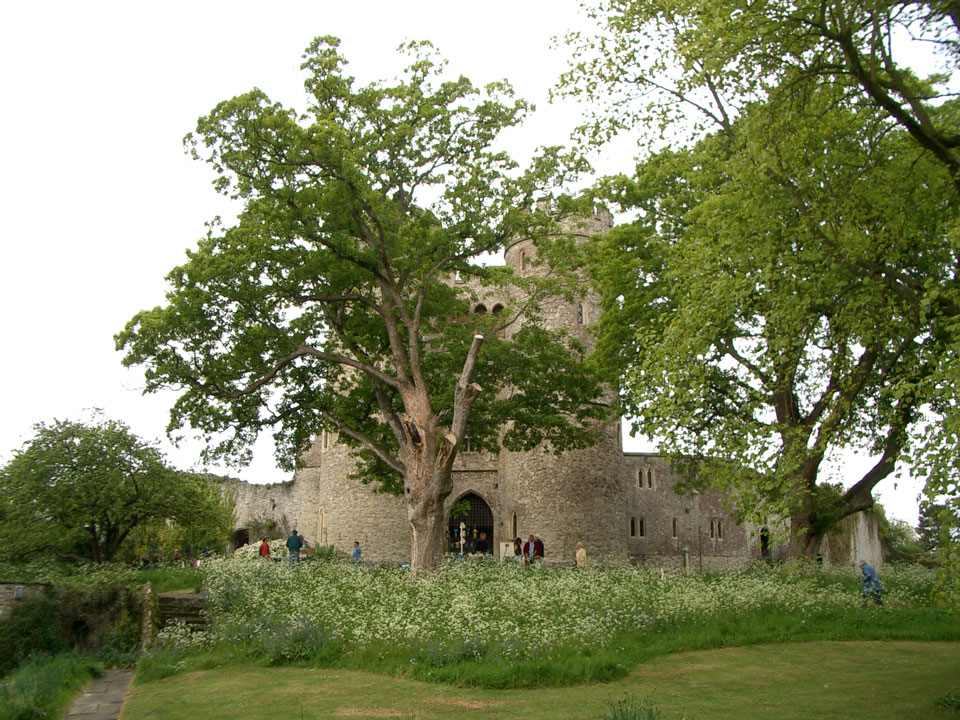 The first fortification here was built in 488 by the son of King Hengist of Kent, on a hill overlooking the sea which at that time was much nearer the castle than it is today. It was constructed as an Archbishop's residence after the Norman invasion and was strengthened with a stone curtain wall in the 12th century. The interior buildings date from the 12th and 13th centuries and the large gatehouse was added in 1380. The accomodation was rendered uninhabitable in 1580 by an earthquake but it was restored in the 19th century and since then the gatehouse has been used as the residence. The walls are still almost intact.

Private, but can be seen from bridlepath. 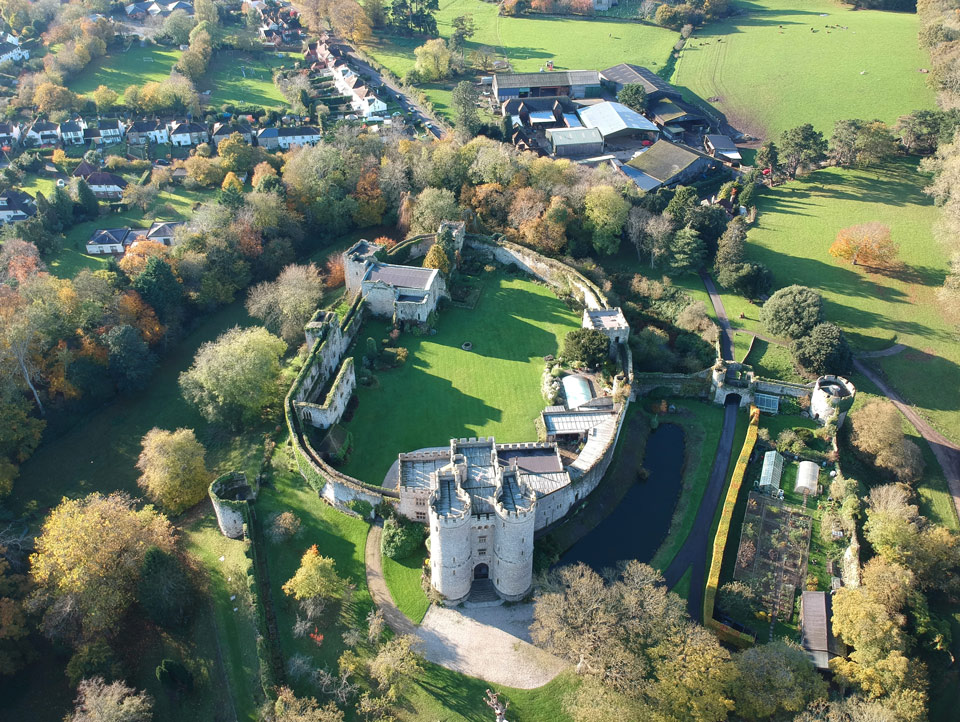