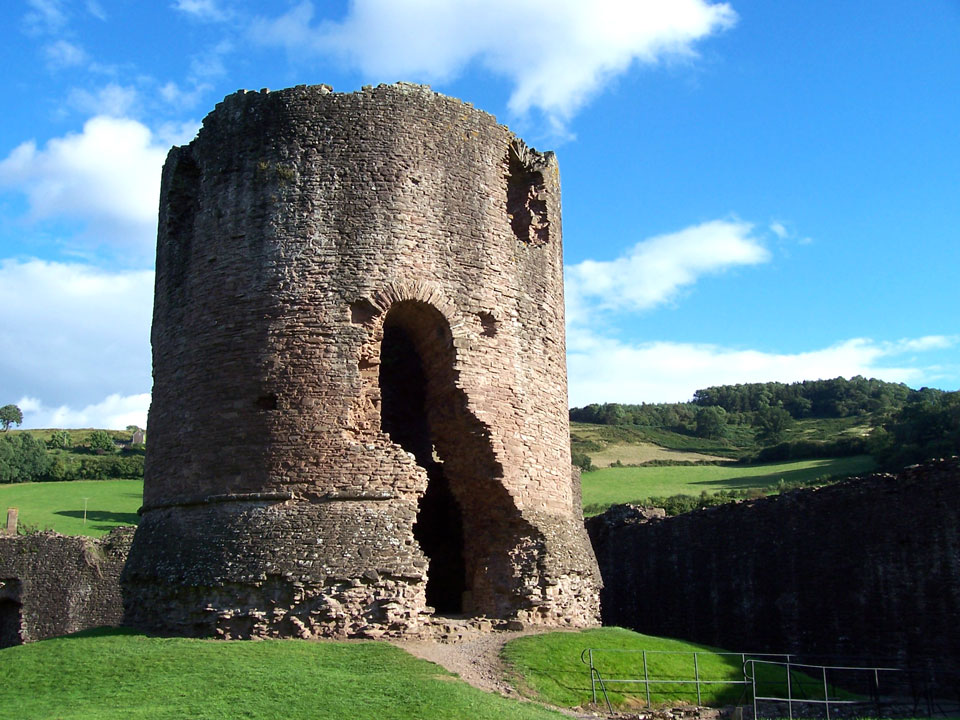 A Norman motte with a circular bailey originally, built beside the river to defend the border. The site was then leveled and it was rebuilt in 1220 with 4 corner towers, a gatehouse and a round keep to support White and Usk castles. Modifications were made later in the 13th century to the residential buildings. It was abandoned by the middle of the 16th century and in ruins within a hundred years. 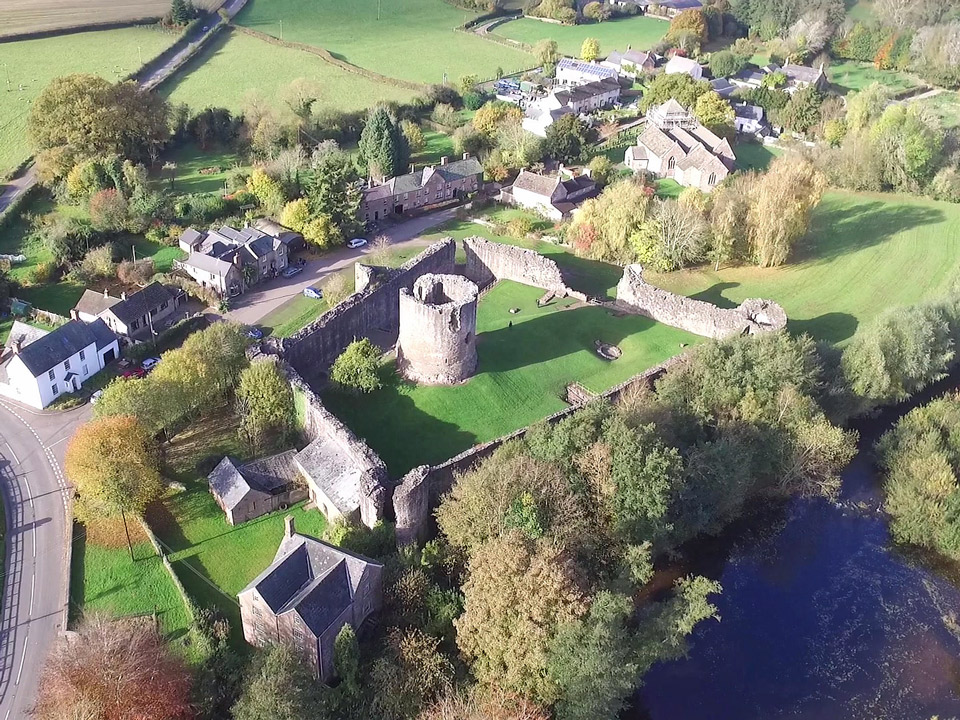 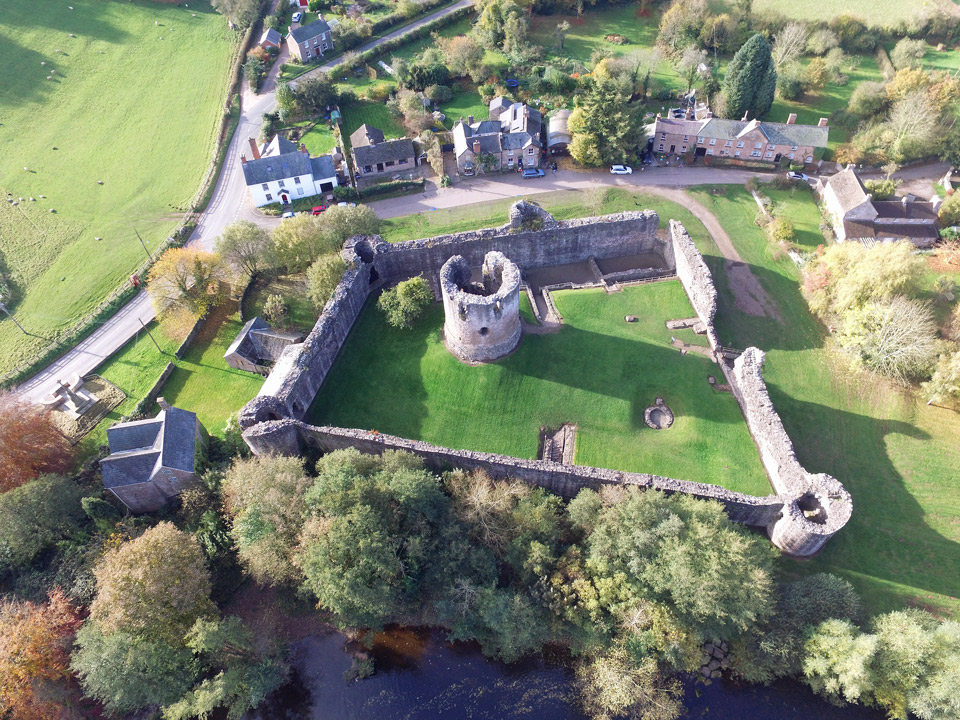