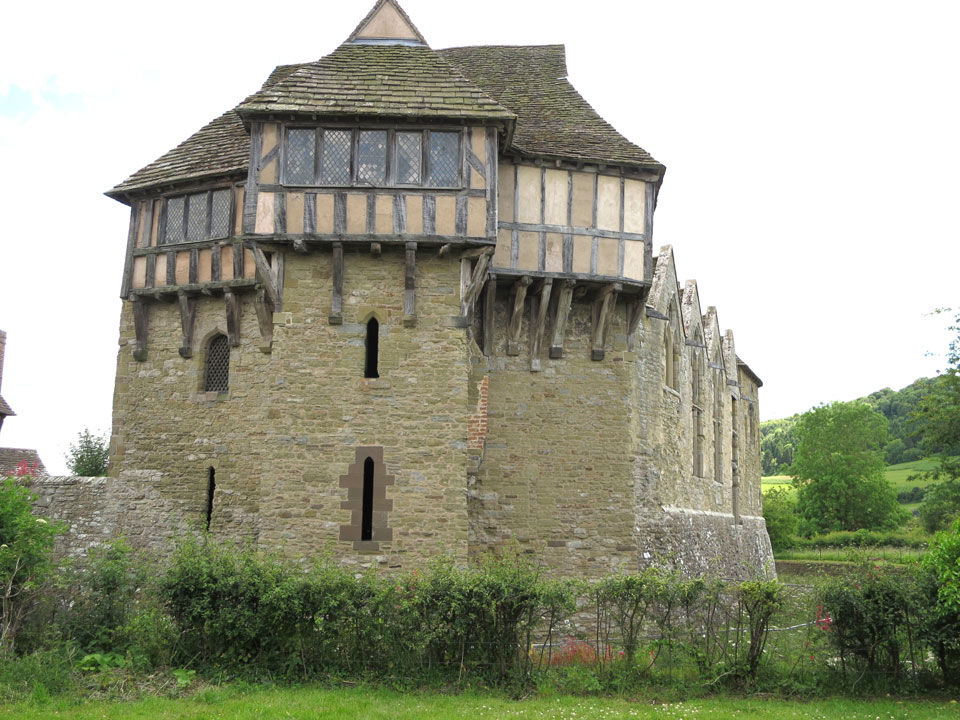 A Norman tower house started in 1240, possibly the first of its type. It was fortified in 1291 by Laurence of Ludlow, a very rich wool merchant, by raising the height of the South tower, adding a second 60 foot high North tower and surrounding them by 30 feet high walls and a moat. In 1640 - 41 the ornate and unusual timber gatehouse was constructed. The castle was slighted during the Civil War but fortunately this consisted mainly of reducing the height of the curtain walls. The house continued to be lived in until 1992.