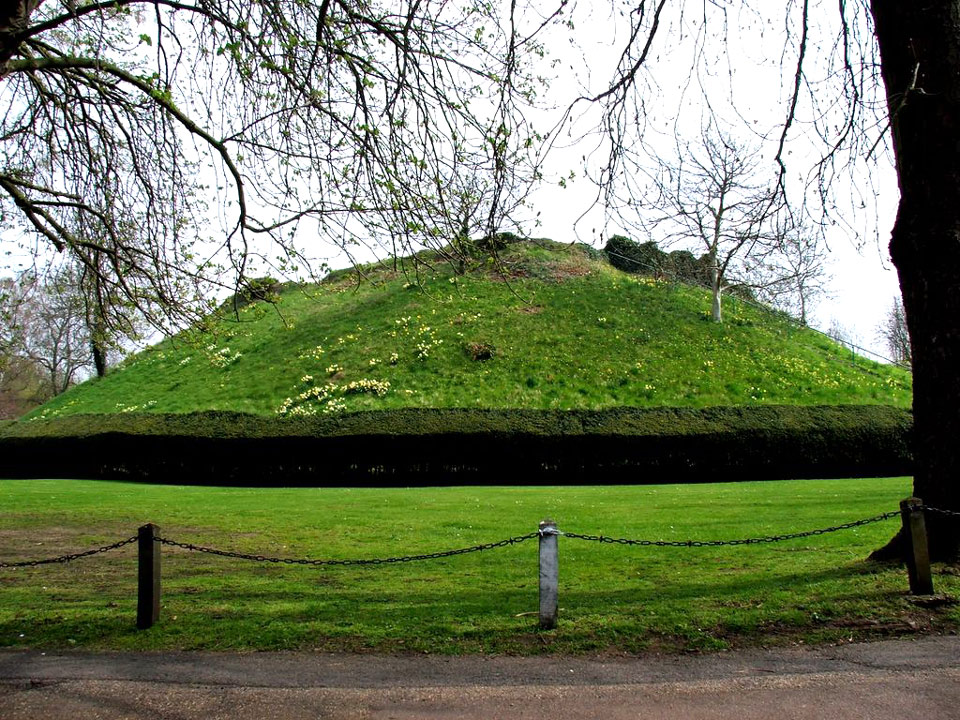 A motte and bailey castle, also known as Waytemore Castle, to which was added great tower on the motte in the 12th century. It was improved in the 13th century but was then slighted after the Civil War. By the 17th century it was used as a prison. Only earthworks, the large motte and foundations of a square tower can be seen.