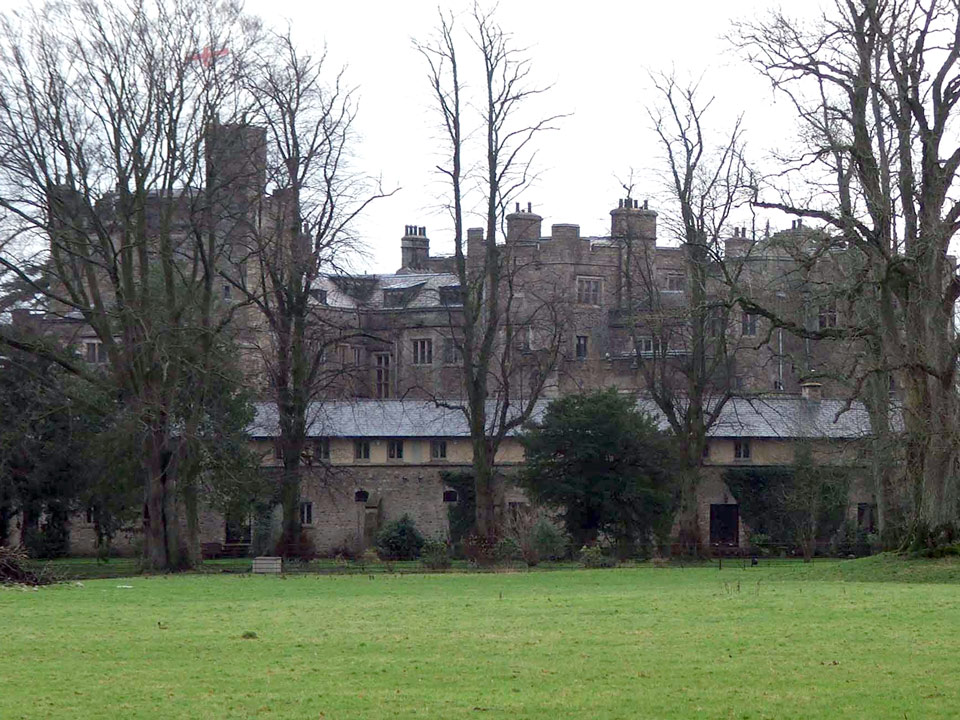 A manor house granted a licence to crenellate in 1402. It consists of V-shaped building with a tall tower at the point, and originally was surrounded by a moat of which part remains. It was almost destroyed by fire in 1876 and a large part of the structure is now late Victorian.