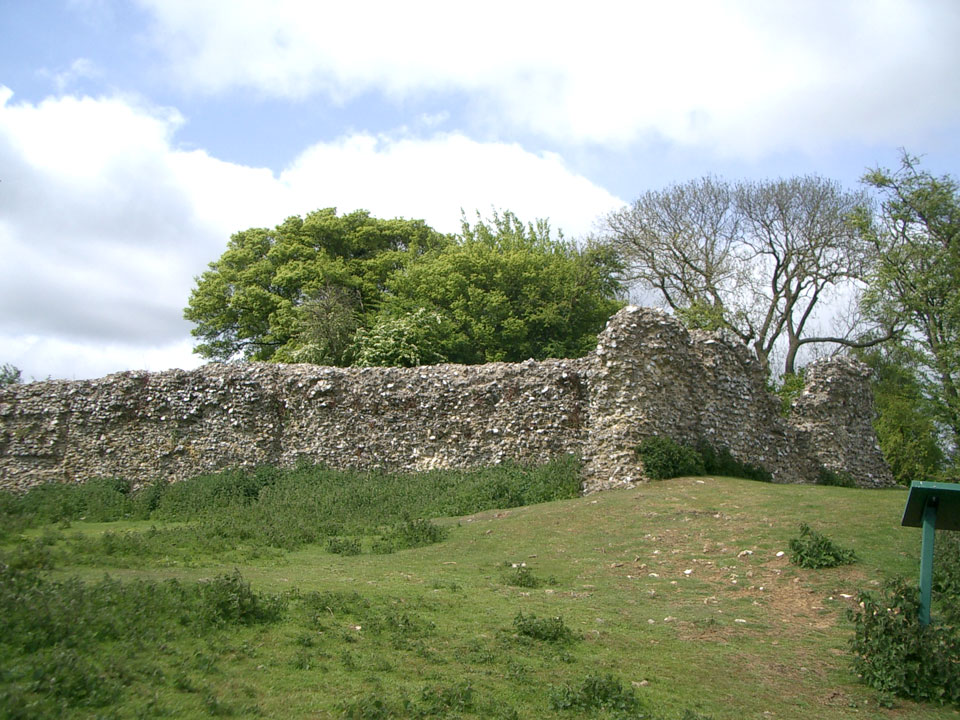 A 12th century flint-built castle on a hill also known as Godard's Castle which is built on the edge of the North Downs with a spectacular view across East Kent. The north side of the bailey wall still stands ten foot high and originally it enclosed an area of about a quarter of an acre. The west wall has completely collapsed. These is no visible stonework on the large motte although there were once two towers and an outer curtain wall. It has been bought by the council, who now maintain the site. 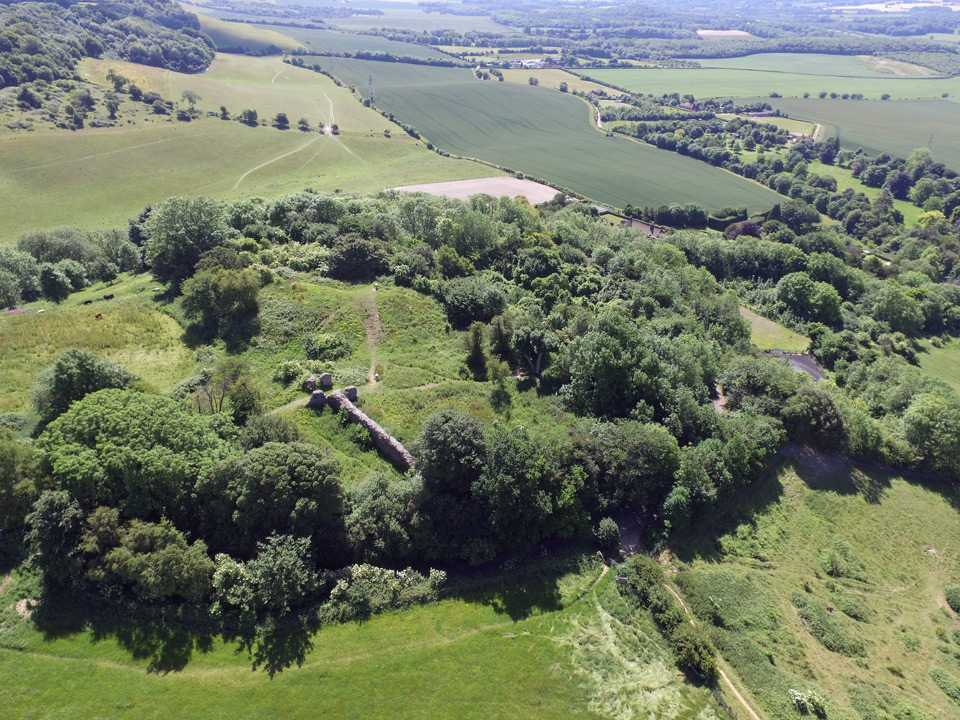 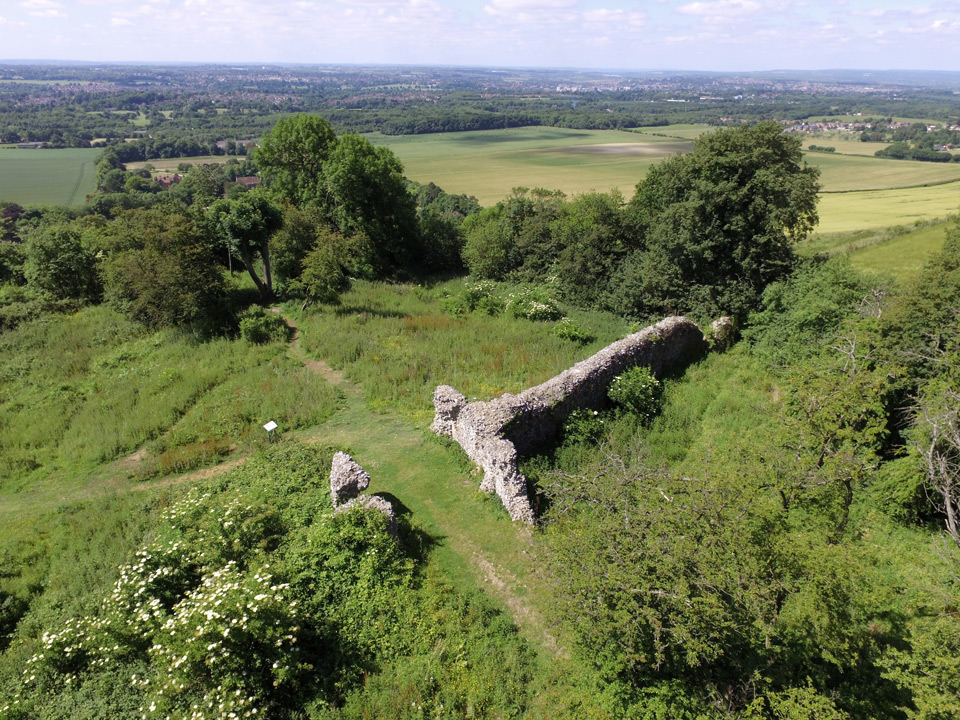