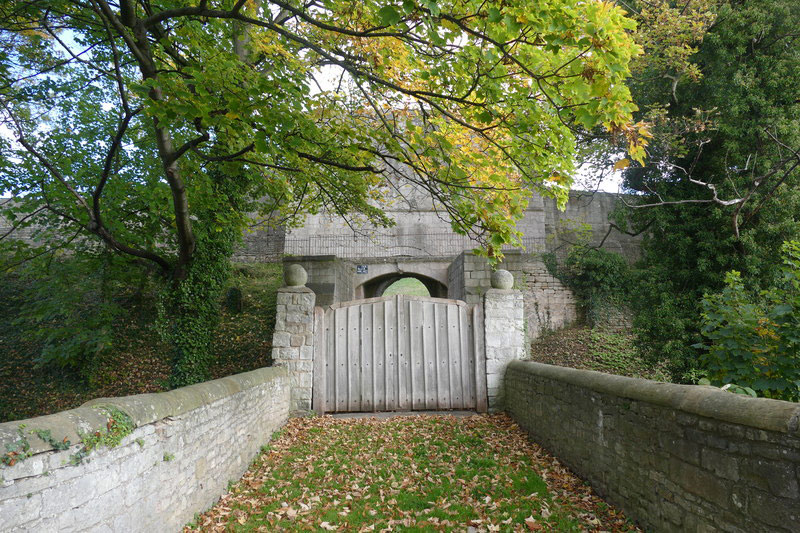 Tickhill Castle, © Graham Hogg and licensed for reuse under cc-by-sa/2.0

It started as a timber castle on a 70 feet high motte. In 1100 a stone wall and gatehouse were added, much of which still stands, and in 1180 an eleven sided stone tower was erected on the motte. Only the foundations of this now remain.

It is owned by the Duchy of Lancaster and is open to the public one day a year.