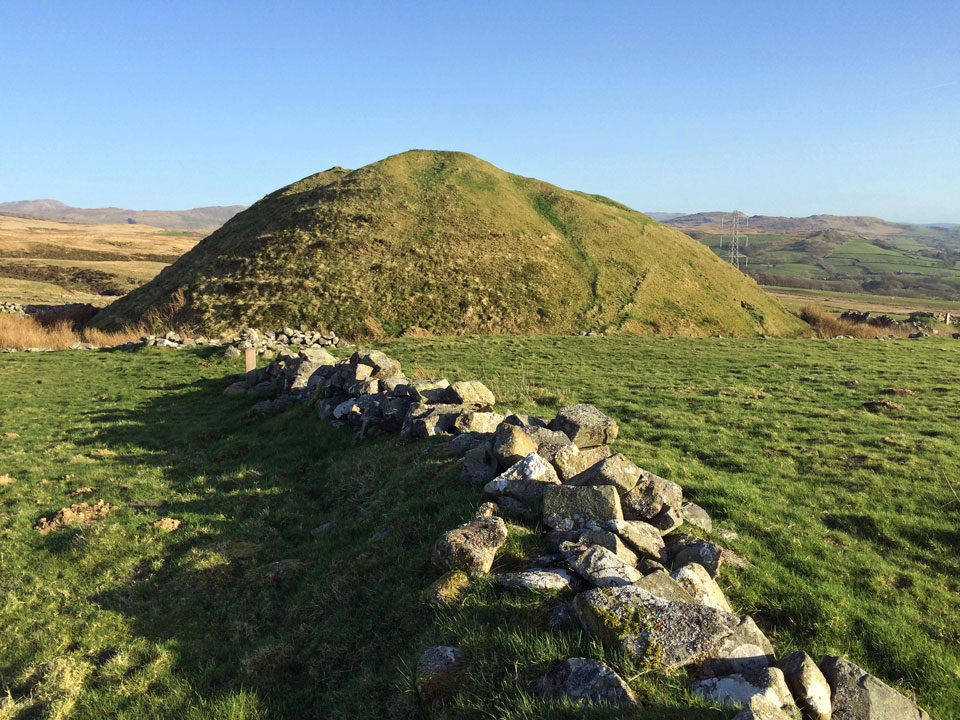 The motte was built over the north-west gate of an earlier Roman fort, the earthworks of which can be clearly seen still. The mound is 20 feet high and 50 feet across the top and is built of stone blocks taken from the fort ruins. An embanked ditch runs around its base and it may have had a stone tower on the top which is now uneven. It is thought to have been in use at the end of the 11th century. 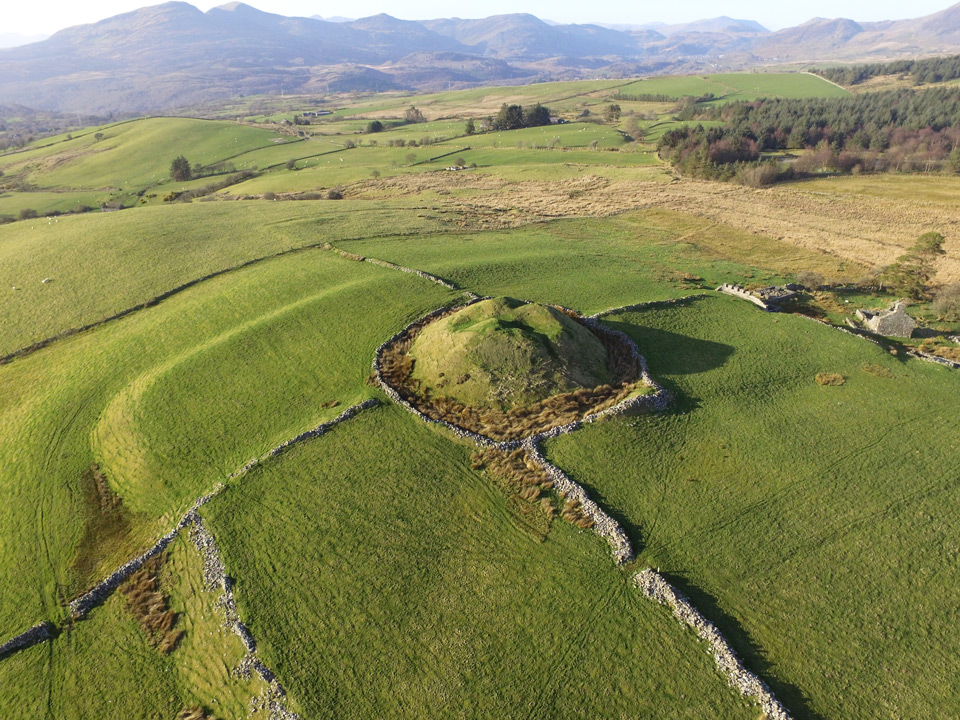 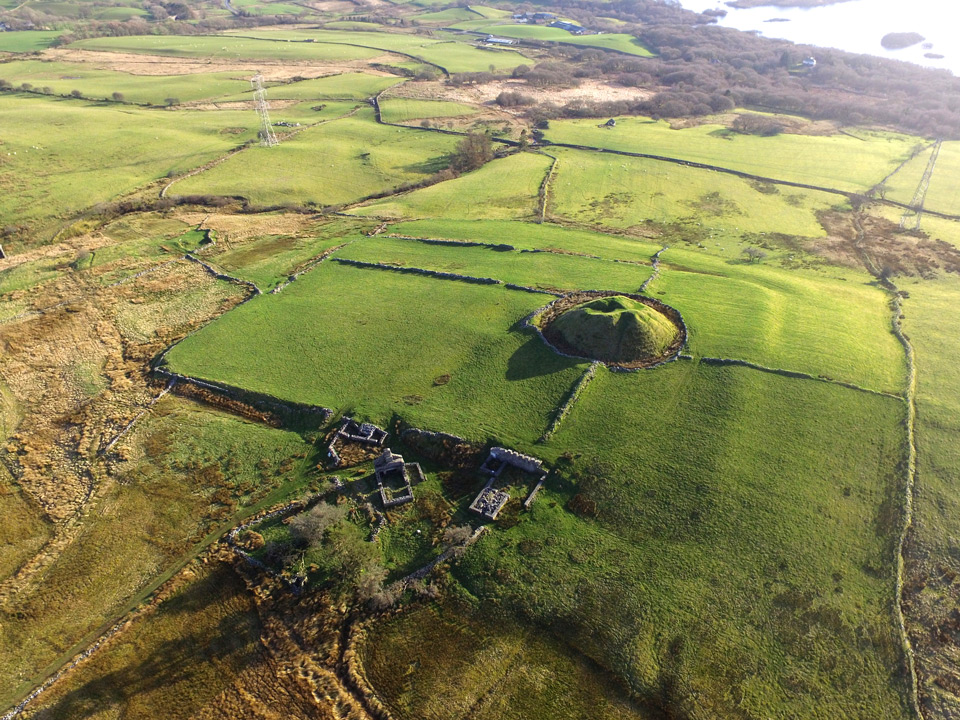