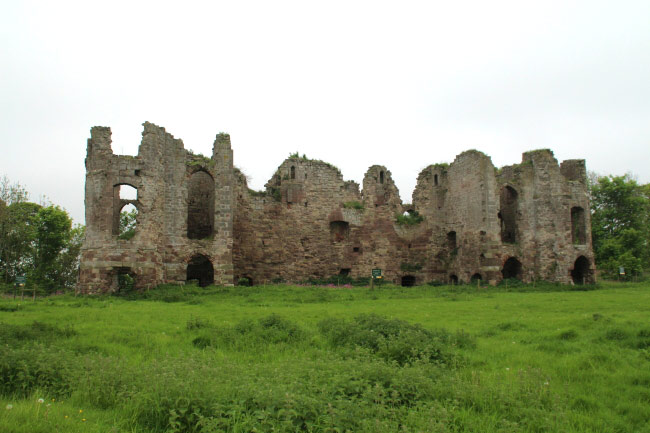 A 15th century tower house which once stood on the site on the north bank of the River Till was destroyed by a Scottish army in 1496. The remains of the five storeys high tower house were incorporated into a new "castle", a Gothic Revival mansion in 1770 which was rectangular in plan, with circular towers on the angles. Much of this was demolished in 1782 and the stone used to construct a new manor house nearby, leaving the ruins as a two-storey folly which is visible from a public footpath.