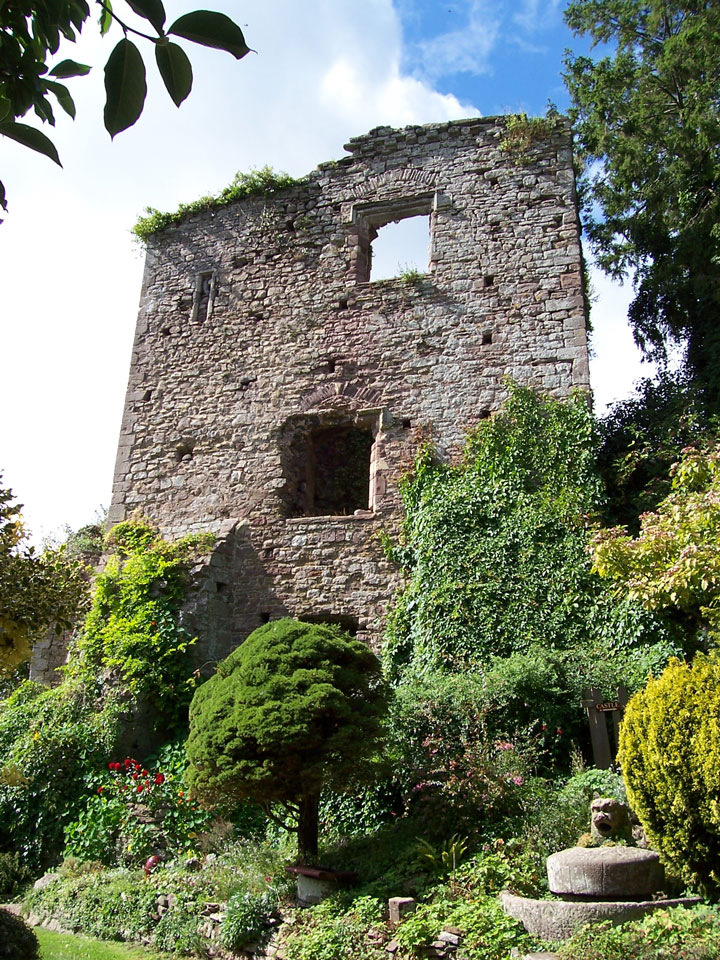 The first defences in Usk were the legionary Roman Fort of Burrium which covered an area of 48 acres and was defended by an outer ditch, and a clay and turf rampart faced with timber. It was built in about AD55 and was in use until AD75 when a new legionary fortress was established at Caerleon. No remains are visble under the modern town.

A small Norman motte & bailey castle was started in 1138 on a hill overlooking the town of Usk and rebuilt in stone later in the century with a square keep. The curtain wall and the circular Garrison Tower were added in 1209 and the Treasure Tower and Great Hall in the 1290's. It was in ruins after being slighted after the Civil War, apart from the 14th century three storey gatehouse which has been used for a home. 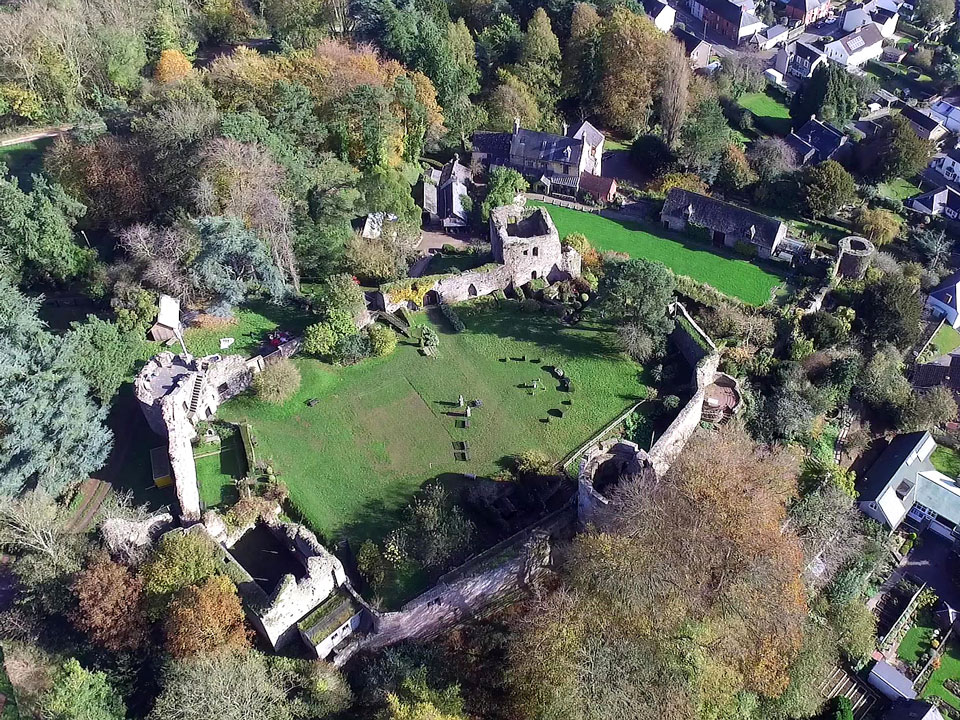 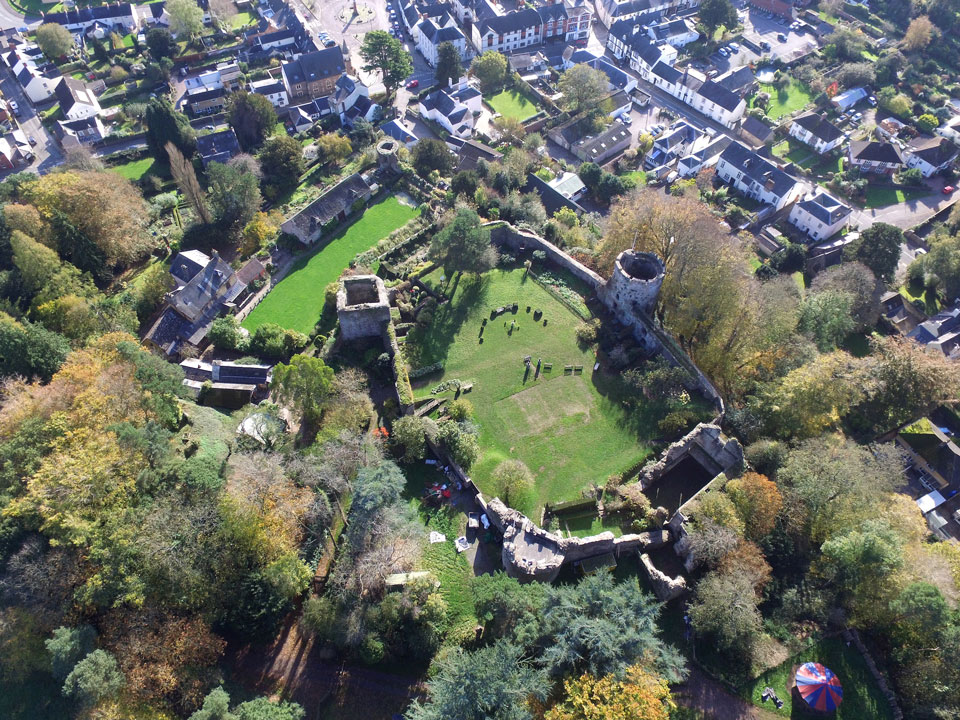