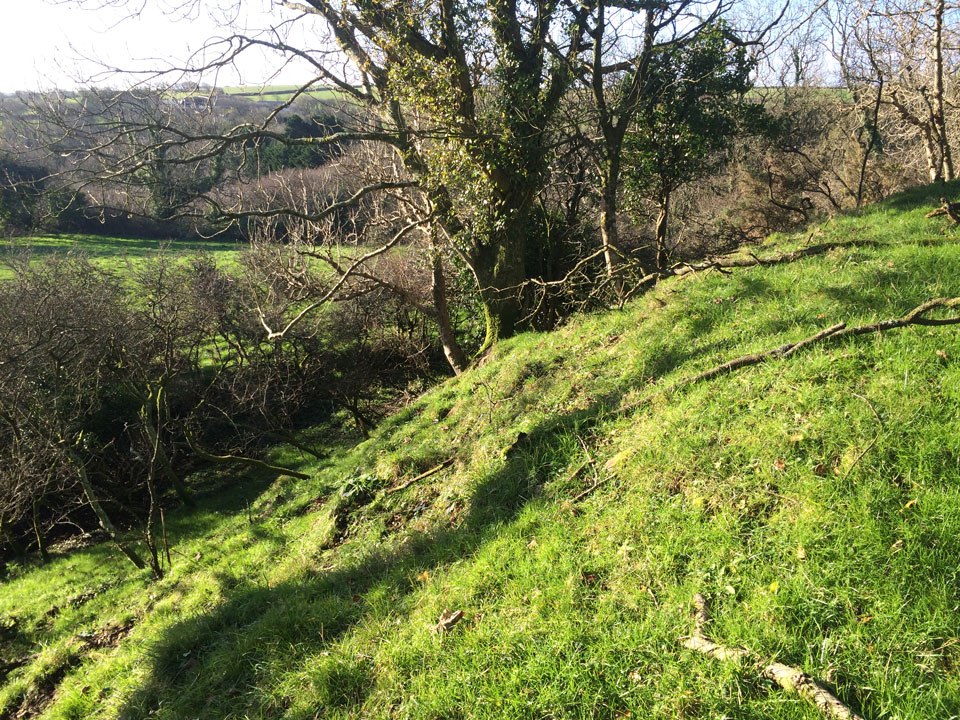 There are the earthworks of a motte and bailey castle on a ridge between two valleys to the south of the parish church and on the site of an Iron Age enclosure. At the southern end there is an inner ward defended by a bank and ditch and which contains the motte. The mound is 20 feet high and 50 feet in diameter at the summit. There is loose stonework on top of the motte so it may once have had a stone tower. The east, south and west sides are defended by steep natural slopes and the north side of the promontory is protected by a steep bank. The outer ward to the north of the motte is subdivided longitudinally by a central bank and ditch. 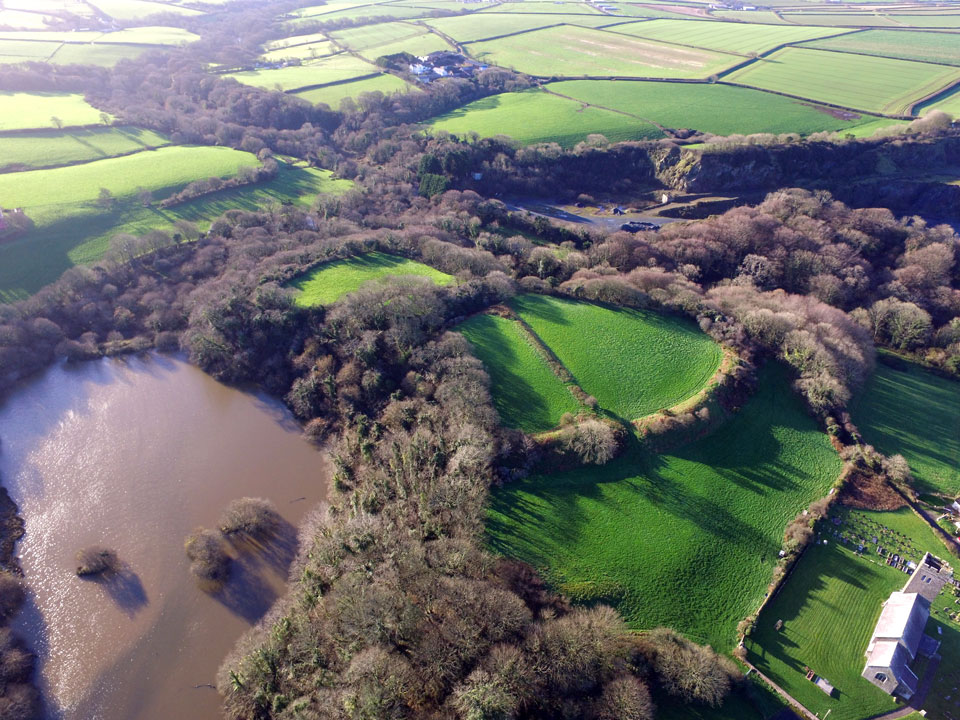 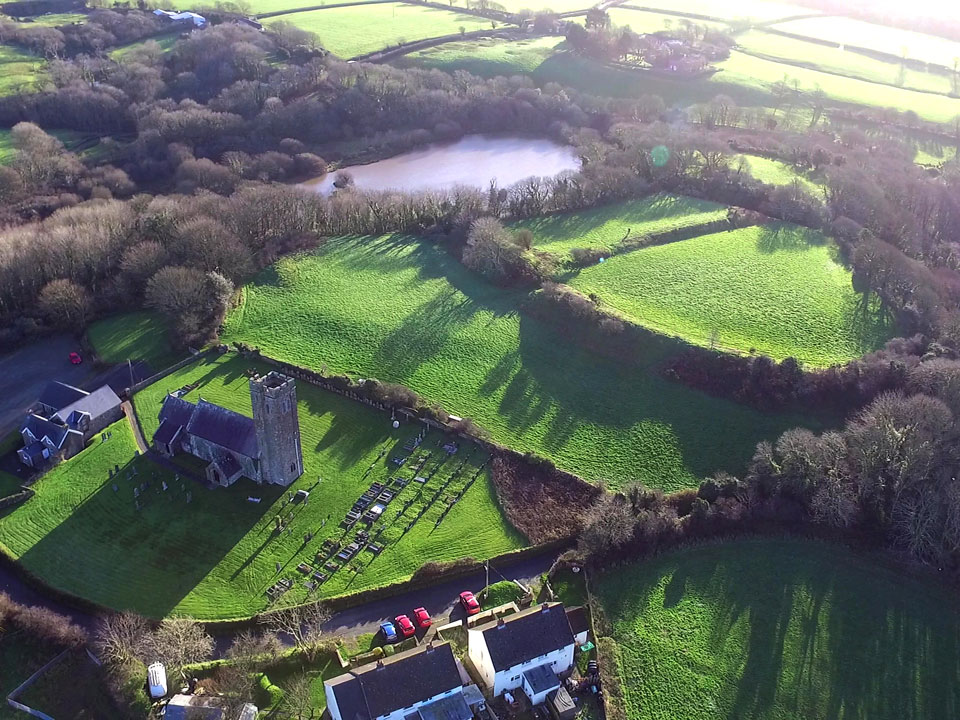