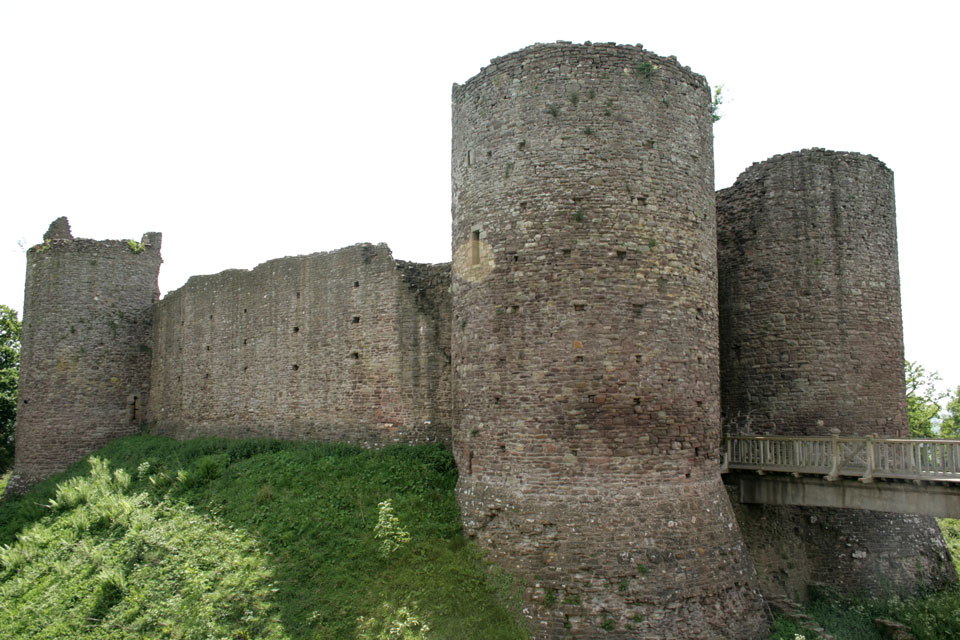 Originally known as Llantilio Castle, it was larger than the two nearby castles, Grosmont and Skenfrith, and has a double line of defence. It was built to protect the Welsh border and covered the central region, with Hereford to the North and Usk, Monmouth and Chepstow to the south. The original Norman motte and bailey was rebuilt in stone in the 1180 with a keep, surrounded by a moat. In 1263 the castle was strengthened with towers and a gatehouse and a second towered wall was built around the outer bailey. It was abandoned by the middle of the 16th century. 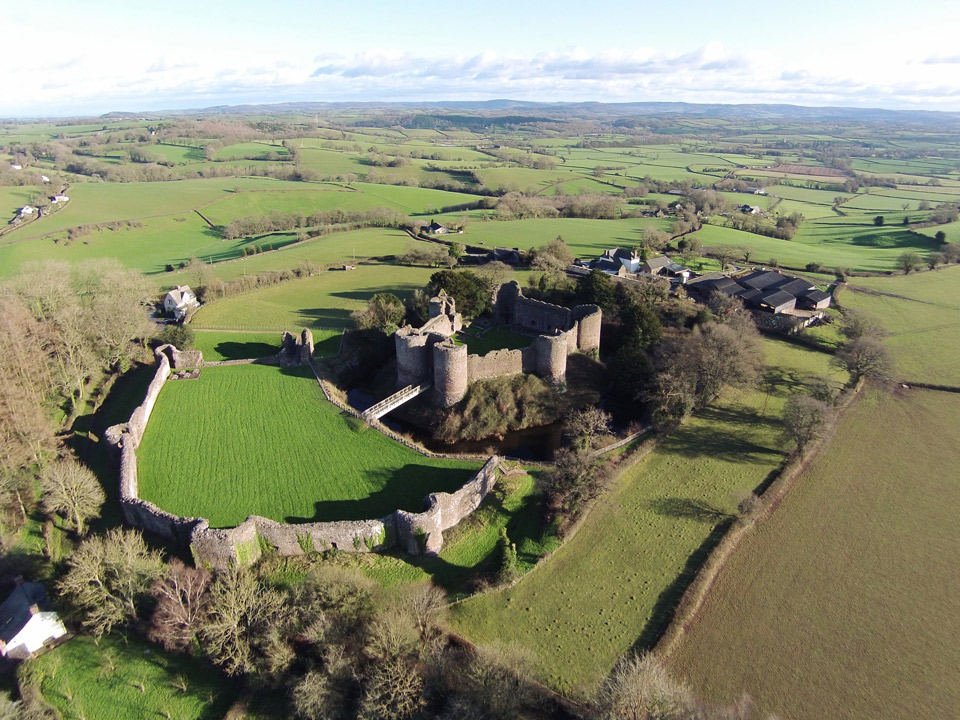