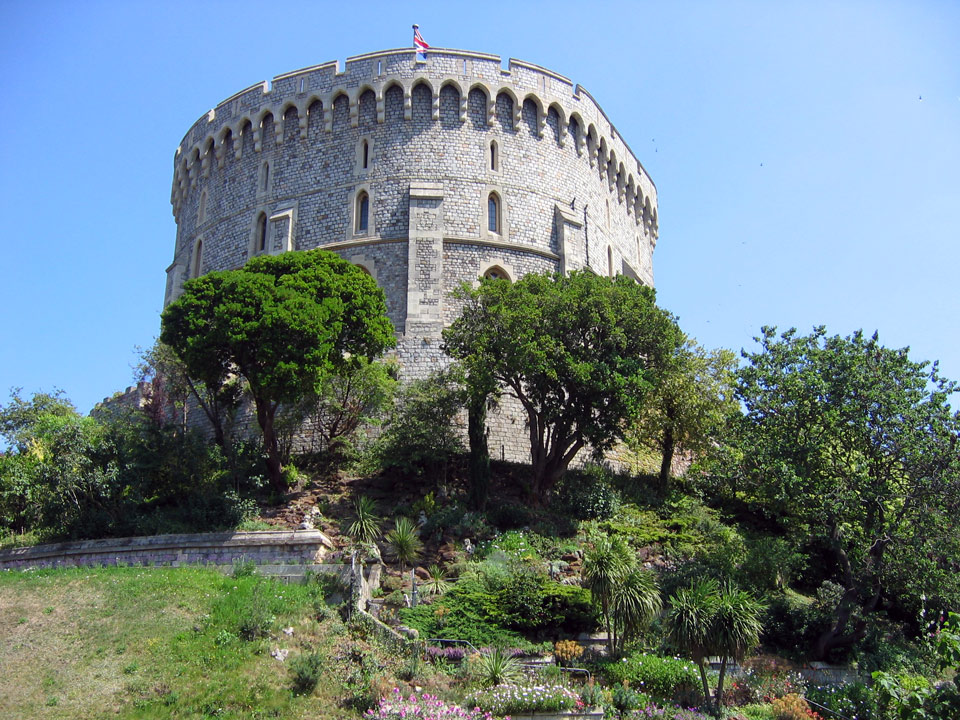 The first structure was a wooden Norman motte and bailey castle which became a royal residence in the 12th century. A circular keep, the Round Tower, and stone walls with numerous towers replaced the original structures in 1180 and the Norman gateway was added in the 14th century. The castle, used as a palace throughout its history, covers an area of 13 acres and has been continuously extended.

Open to the public, although the State Apartments are closed when the Queen is in residence.