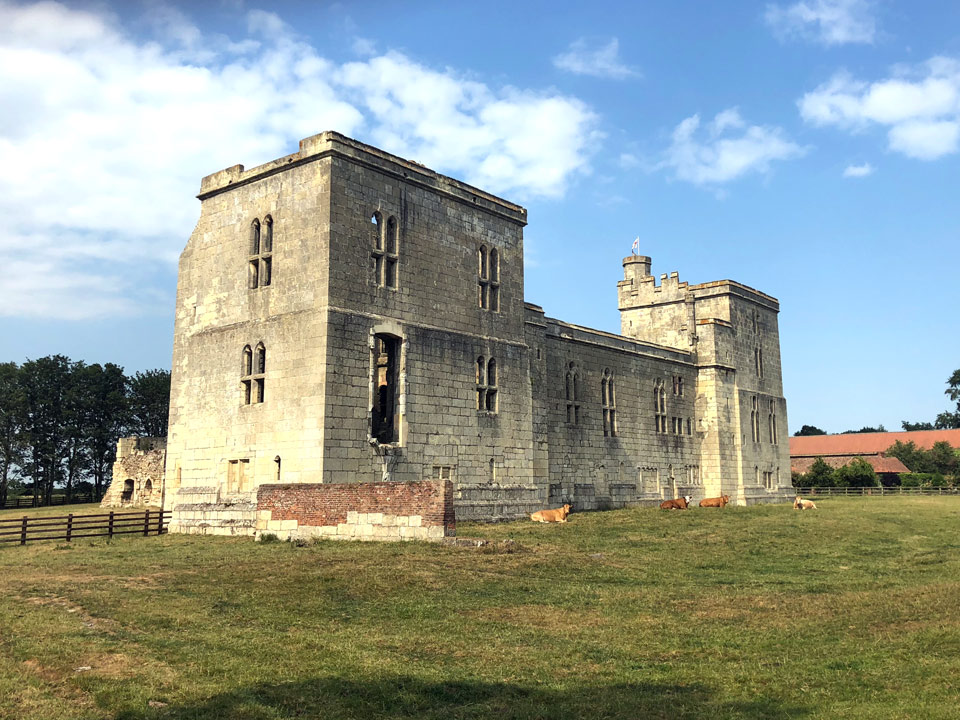 A 14th century quadrangular fortified manor house that fell into decay by 1537. During the Civil War most of it was destroyed apart from the south range which was occupied until 1796.

Minor repairs to the castle were carried out by the Department of the Environment in the 1980’s and then in 2012 a major conservation project was funded by English Heritage which involved the removal of vegetation from the castle and a great deal of consolidation work on the structure of the castle itself. Finally the moated area on which the castle stood was cleared of a great many trees and shrubs allowing the remains of the castle to be seen in the context of the moat. The project was completed in March 2016.

The castle can now be visited on a few open days - see Wressle Castle website.