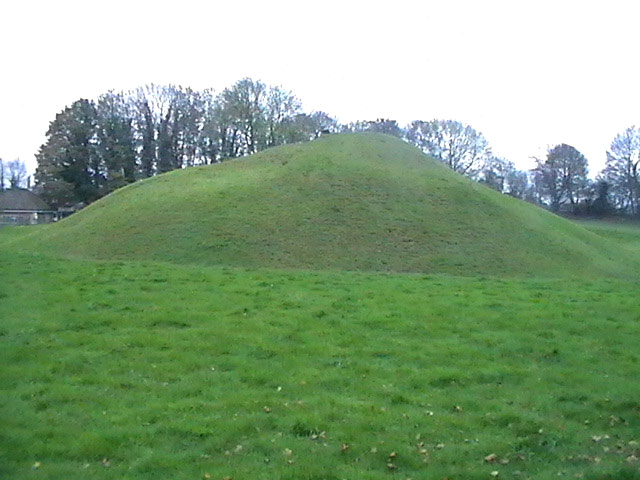 Barwick Castle, © BC and licensed for reuse under cc-by-sa/2.0

The first defence was a large Iron Age hillfort which enclosed the tops of two adjacent hills, Wendel Hill and Hall Tower Hill. A motte and bailey castle was built at the southern end of the hillfort on Hall Tower Hill and comprised a 50 feet high motte surrounded by a deep ditch 50 feet wide and a bailey which extended to the north and east. Some of the original defences have now been built over. The castle was built by the de Lacy family, who also held the motte and bailey castle at Almondbury.