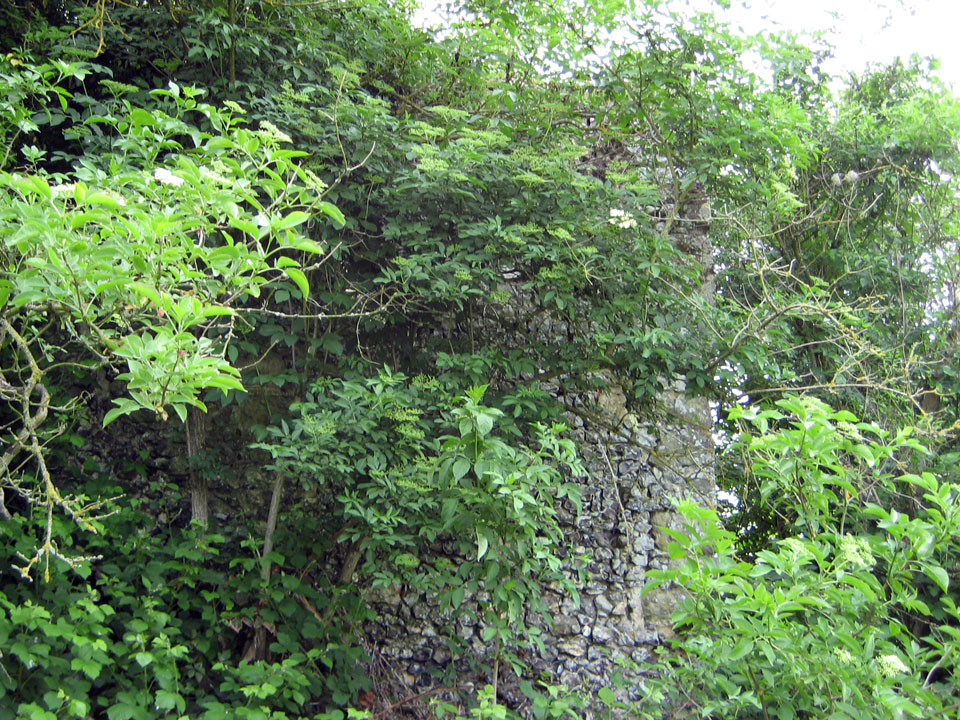 The 100 foot wide motte and its deep surrounding ditch and bailey are still in good conditon although extremely overgrown. The remains of a stone gatehouse which was part of the curtain wall are in very poor condition and looks as if it will not stand for much longer. This photo was taken a few years ago, its current state can be seen below. Like nearby Thurnham Castle it probably dates from the 12th century.

The motte is close to a public footpath but is on private land.