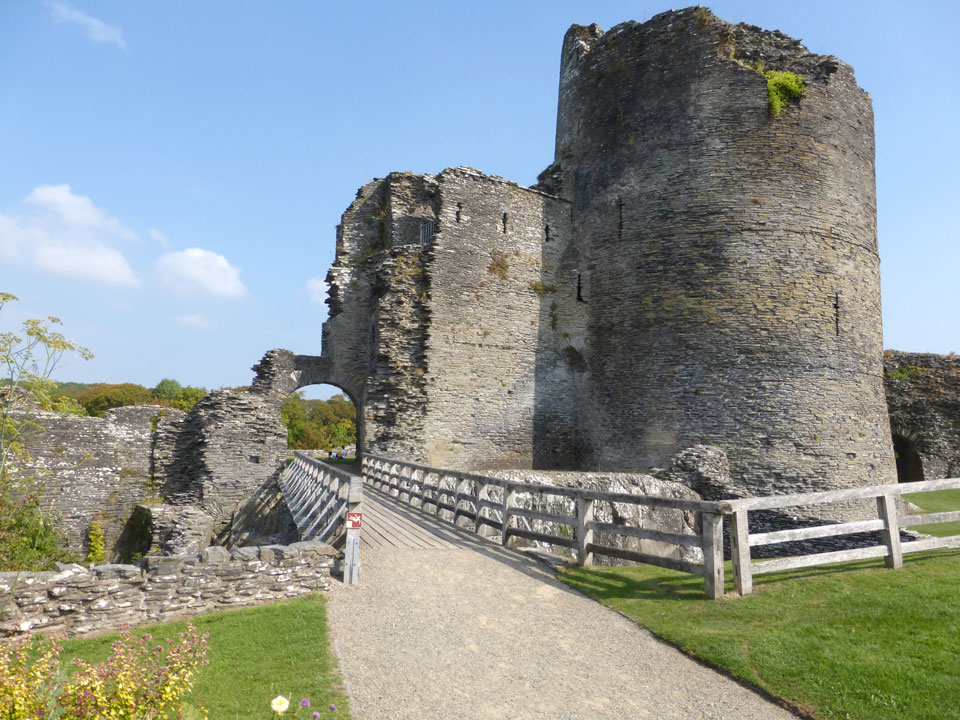 The first castle was built in 1108 by Gerald of Windsor high above thejunction of the rivers Teifi and Plysgog. It was captured by the Welsh in 1165 and held until 1204 and then again between 1215 and 1223. Rebuilding started in 1223 when William Marshall, Earl of Pembroke, constucted the massive round east tower, similar in design to the keep at Pembroke Castle. The west tower, gatehouse and the curtain wall were then added later in the 13th century and then in the 14th century the north tower was built. This has since collapsed down into the river below. The castle has been abandoned since the 18th century, and is now in ruins although the two round towers and parts of the walls are standing.