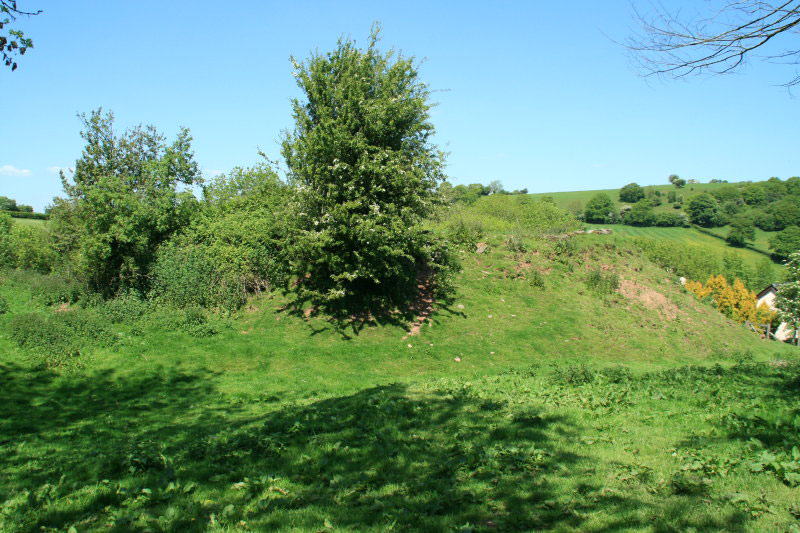 Mynydd-brydd Tump 1 is an oval motte up to 15 feet high and 60 feet in diameter, which was surrounded by a ditch which now only is visible to the south of the motte. The stone wall around the motte is modern, but is thought to be built over the original structure. The motte is 2 miles west of Dorstone village and the remains of Dorstone Castle.

A second motte at Nant-y-bar, also known as Mynyddbrydd Tump 2, is half a mile south of Tump 1. The 10 feet high mound is circular, 100 feet in diameter at the base and 70 feet at the top. The motte was surrounded by a ditch which is now mostly infilled.