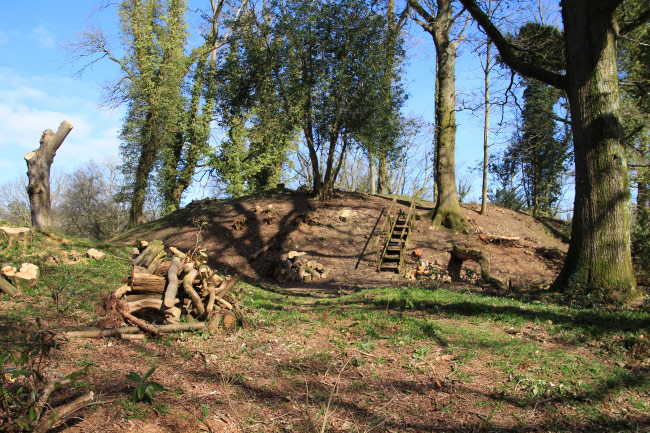 The earthworks remain of a motte and bailey castle. Excavations of the motte have left the surface very uneven. Traces of a flint wall were found in one dig in 1939. The bailey is to the west of the motte and is separated by a deep ditch. The date of the construction is unknown, but both Norman and Medieval pottery has been found at the site so it may date from the 11th or 12th century.

Two other sites, Ballands Castle and Cockroad Wood motte, are nearby and probably date from a similar time.