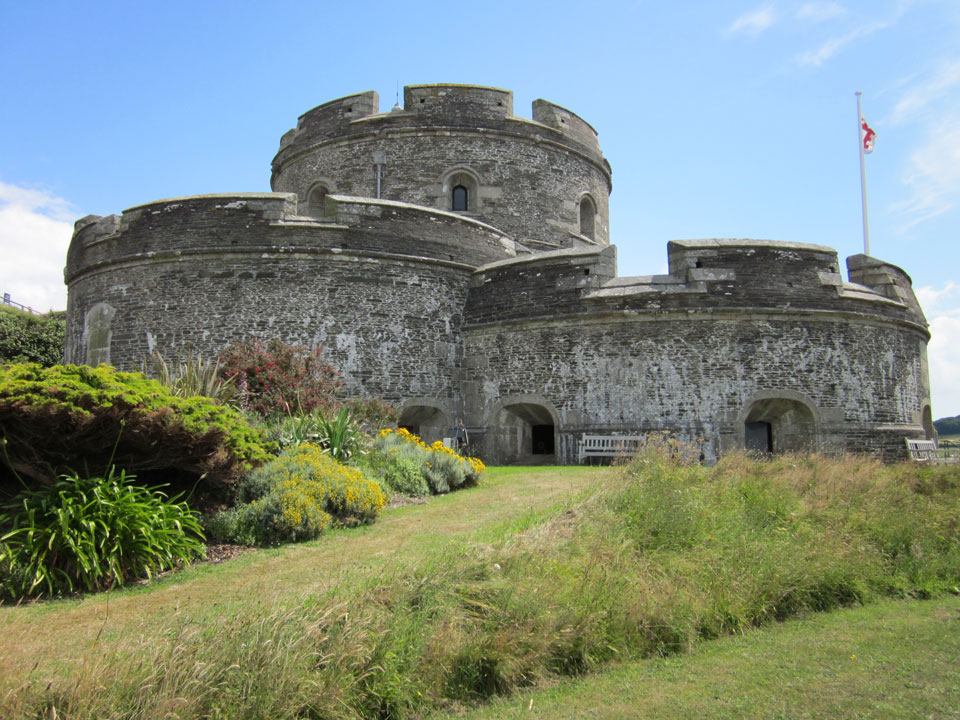 A very well preserved clover leaf design castle built by King Henry V111 in 1540 - 1543 across the river from Pendennis Castle. Both were required to protect the harbour at Falmouth as the cannon at that time could not reach across the harbour entrance. The castle has a central round tower and three outer bastions all of which were originally used as gun decks. Additional guns were positioned by the shore and there was also a small blockhouse built (photos at bottom right). It was used until 1920 although it was re-fortified during the Second World War. 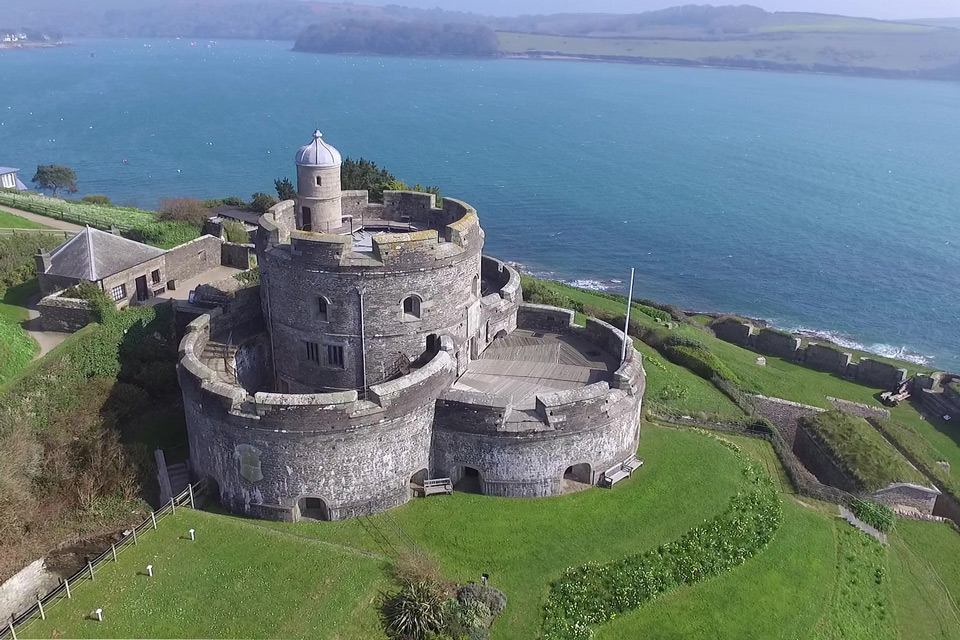 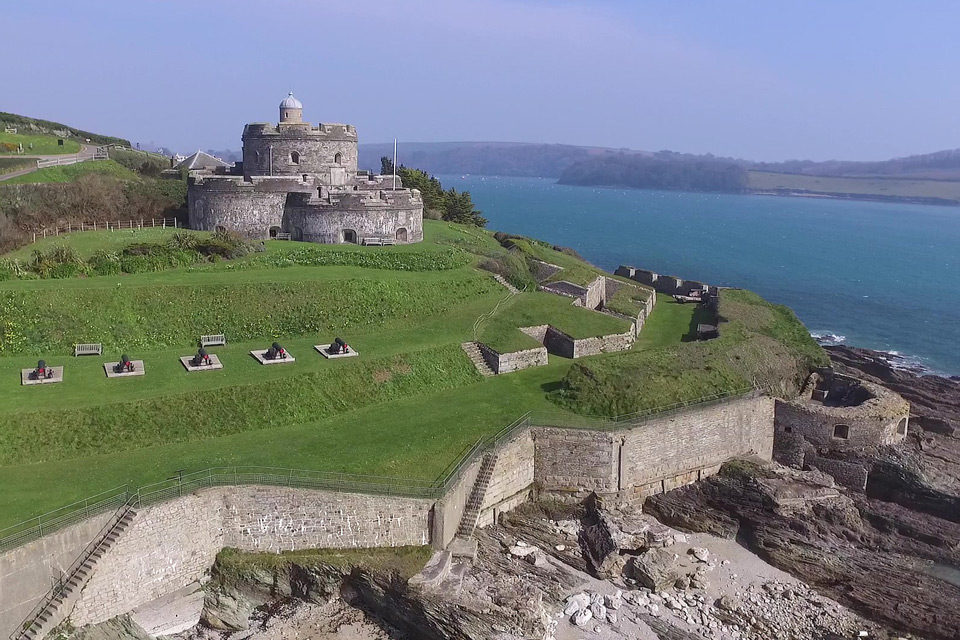