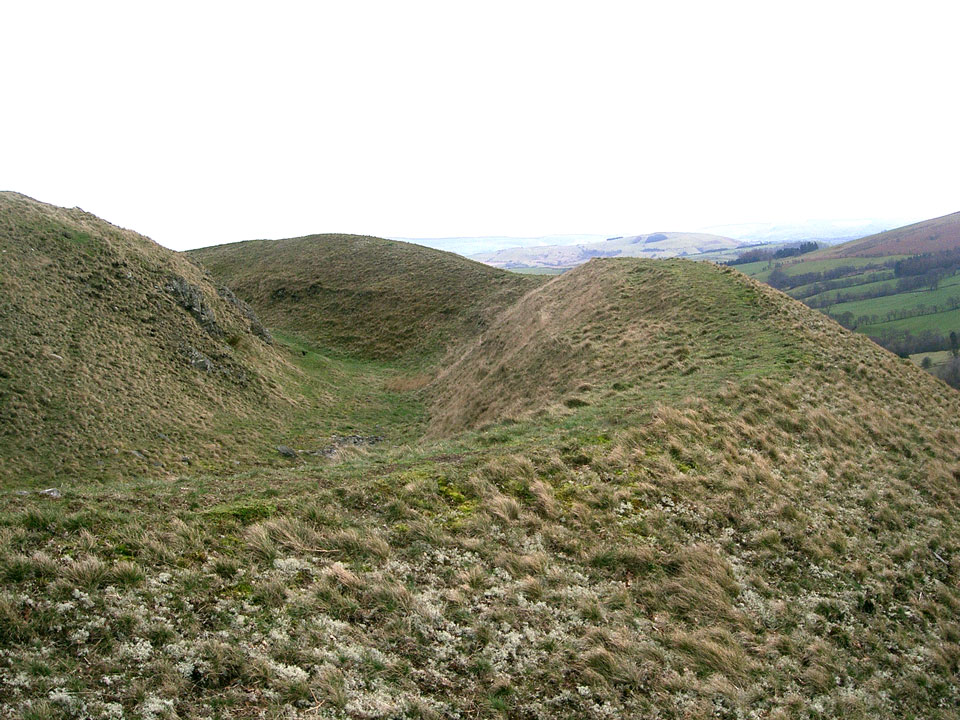 The ruins of the castle are high above the River Irthon and consist of a great ditch dug into the rock surrounding an enclosure which was once fortified by a curtain wall. The only remaining visible stone is a small piece of the twin towered gatehouse. It was built in the 1280's by the Mortimers who already had built wooden castles at Wigmore and Cwm Aran and who also built two stone castles in the 1240's at Knucklas and Cefnllys. Castell Tinboeth was probably only in use for 50 years. 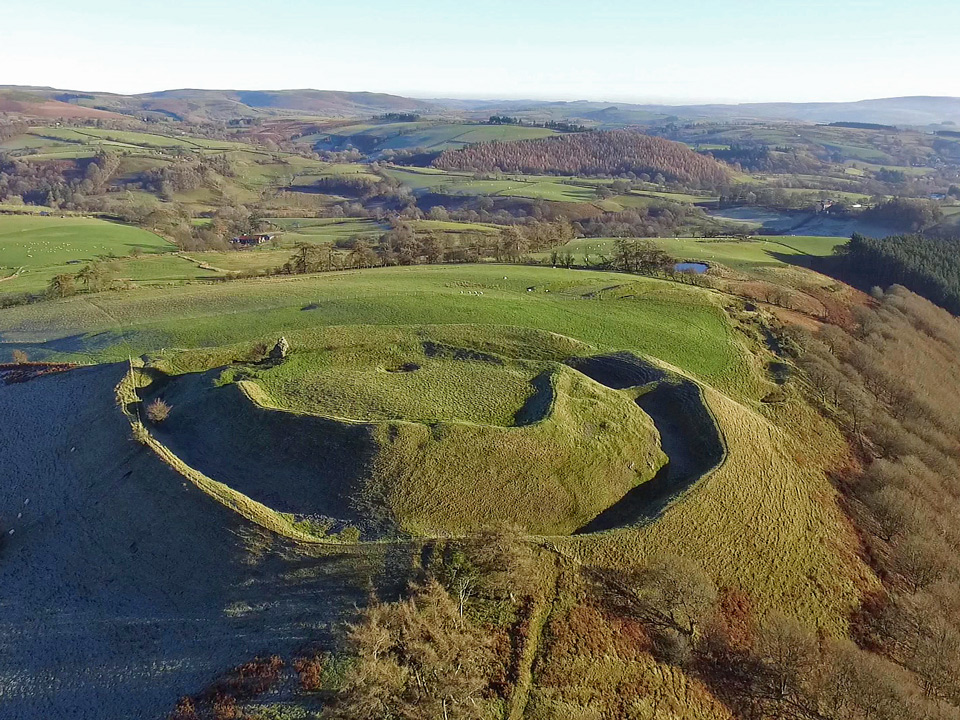 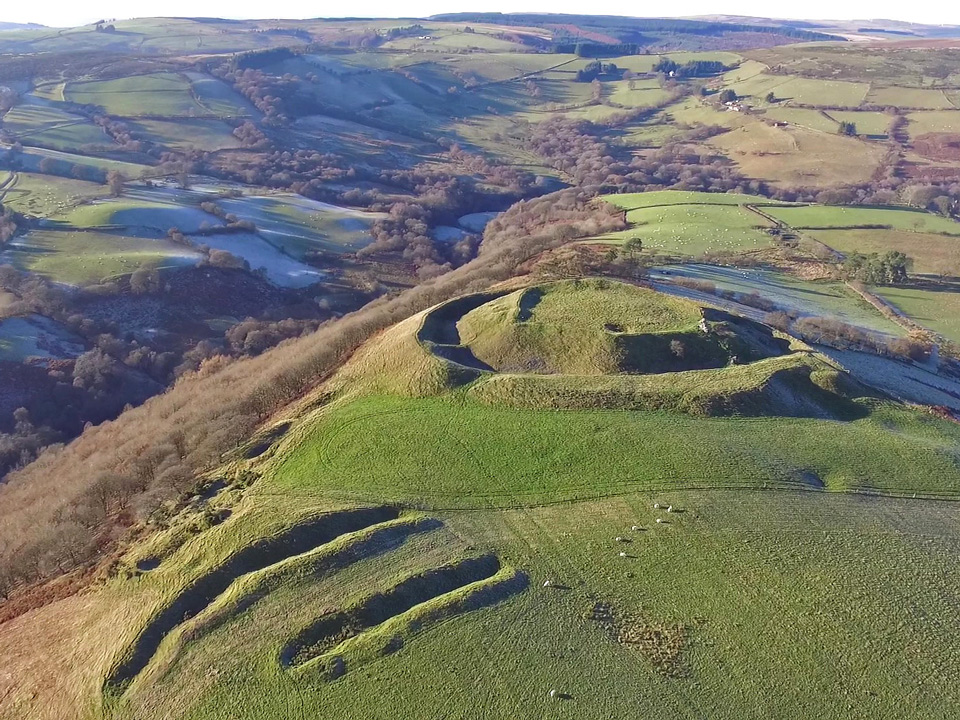